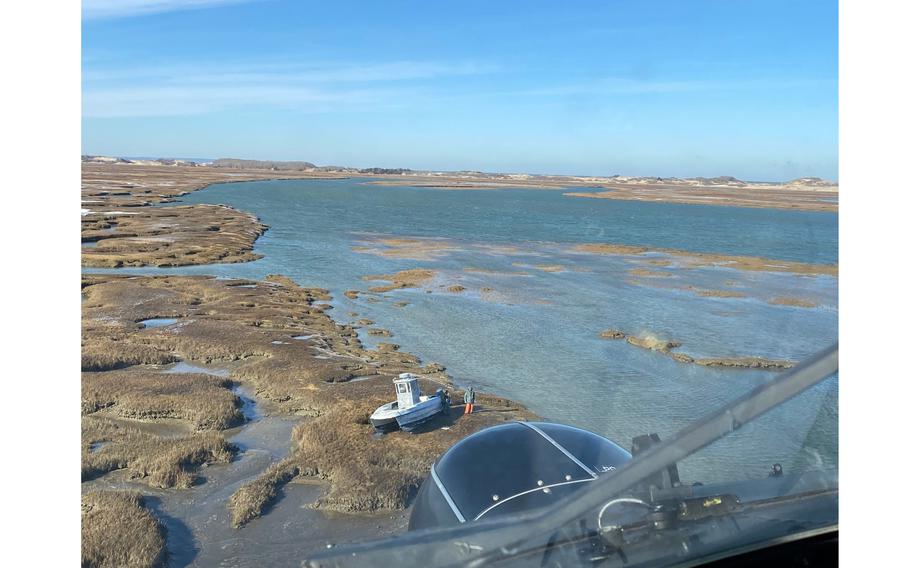 Six hunters hopped in a boat to embark on a duck hunting quest but found themselves stranded and “in distress” on a freezing day in Massachusetts.

When local emergency crews couldn’t reach them, the Coast Guard flew in on a helicopter, a dramatic video of the rescue on Jan. 15 shows.

The hunters went out in a marsh near Barnstable Harbor in Cape Cod but their boat “was left high and dry” after the tide turned, the Coast Guard Air Station Cape Cod wrote in a Facebook post that same day.

“Fearing the extreme cold and knowing the next high tide wouldn’t happen until later that night, the hunters phoned for help,” the post said. After calling 911 around 11:15 a.m., according to a news release, fire department crews tried rescuing them but then called the Coast Guard after encountering “rough seas, low tides and mechanical issues,” the Coast Guard noted.

A Coast Guard Jayhawk helicopter swooped in and zeroed in on the marsh to hoist each of the hunters up inside to safety, the video shows. One Coast Guard member wearing a bright orange suit is seen pulling the hunters in the helicopter one at a time.

On Jan. 15, the high temperature was 20 degrees and the low was 11 degrees in Barnstable, according to the Weather Channel.