Two 19-year-old men who went missing on a camping trip near Swastika Mountain in Oregon helped rescuers find them by writing “SOS” in the snow, officials said.

“These young men did a lot of things right to give themselves the best chance of being rescued,” Lt. Maggie Champin of the U.S. Coast Guard said in a news release.

“By writing ‘SOS’ in the snow, staying near their vehicle and staying near logging roads, we were able to find them relatively quickly,” Champin said.

The two men had gone camping near the mountain about 32 miles southeast of Eugene around Christmas Day and were reported overdue Wednesday, Dec. 29, the release said.

Rescuers from the Lane County Sheriff’s Department searched for the two men but were hampered by heavy snow.

A U.S. Coast Guard helicopter found the teens Saturday, Jan. 1, and hoisted them aboard, the release said. Neither had medical concerns.

Swastika Mountain got its name from a town named after a nearby cattle rancher’s swastika-shaped brand years before the Nazis claimed the symbol, the Mail Tribune reported. 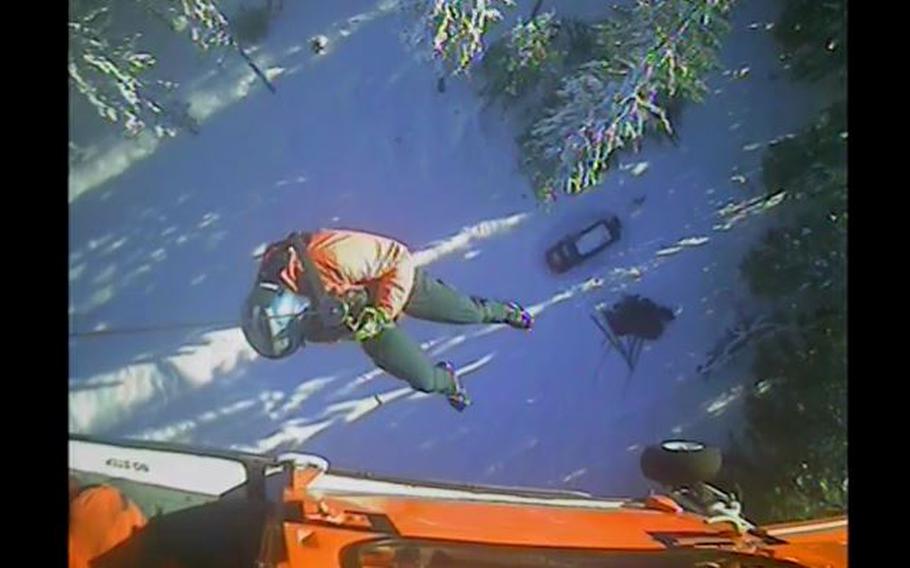