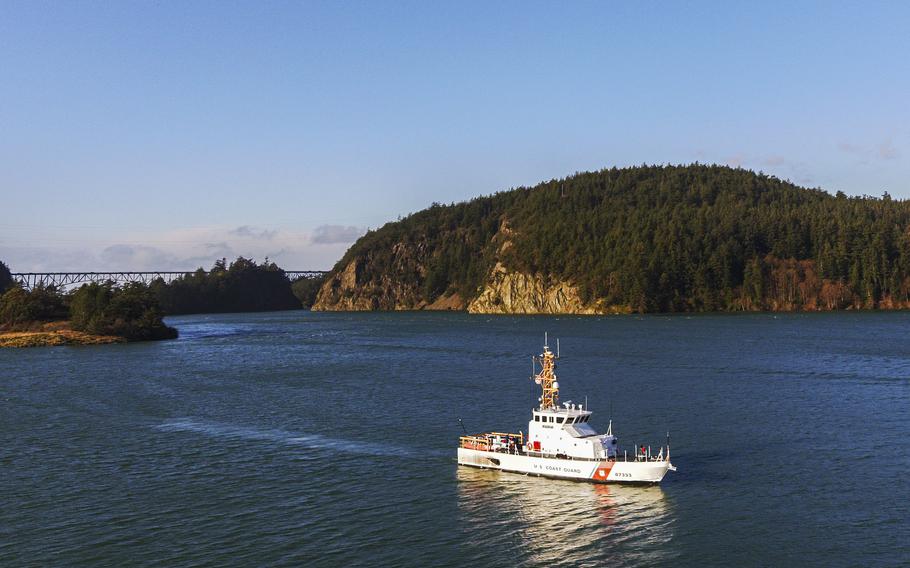 (Tribune News Service) — Dozens of kayakers were rescued Saturday from Deception Pass, Wash., during a paddling and rowing race, The Deception Pass Challenge, that was thrown off course by strong wind.

The Coast Guard and various local emergency responders rescued several race participants from the water who had capsized, and assisted many more still on their boats in reaching safety.

The Coast Guard, which dispatched two patrol boats and a helicopter to the scene, pulled seven people from the water and helped another 30 kayakers get off the dangerous water.

Nearly half of the reported 75 participants were in need of rescue.

"This incident highlights the outstanding interagency teamwork we have here in the greater Puget Sound's search and rescue system," Coast Guard Capt. Patrick Hilbert, the commander of Coast Guard Sector Puget Sound, said in a news release. "It also reinforces the importance of wearing a life jacket and constantly assessing the increased risks posed by the weather and water conditions that are always changing here in the Pacific Northwest."

The rescue operation was successful, with no deaths of injuries reported.