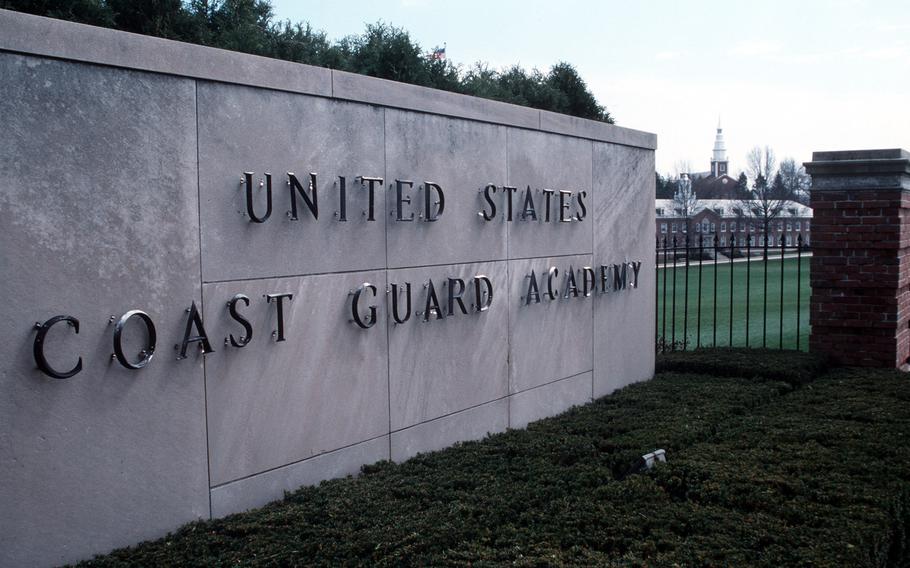 (Tribune News Service) — A former Coast Guard Academy cadet has filed a federal lawsuit over the school's policy that bars cadets from being parents.

The ACLU Connecticut, the ACLU Women's Rights Project and the Veterans Legal Services Clinic at Yale Law School filed the suit Wednesday on behalf of Isaak Olson in U.S. District Court. The case was assigned to Judge Vanessa Bryant in Hartford.

According to the ACLU, Olson was expelled in 2014 because he and his fiancée had a child.

"Two months before he was set to graduate from the academy, Olson disclosed that his fiancée had recently given birth to their first child," a news release from the ACLU reads. "Even though Olson completed all his degree requirements and took steps to terminate his parental rights, the academy expelled Olson, denied his commission and withheld his bachelor's degree in mechanical engineering, solely because he became a parent."

"The decision to become a parent is deeply personal, and no school or job should be able to interfere with that choice," Elana Bildner, ACLU of Connecticut staff attorney, said in the news release. "The U.S. Coast Guard Academy's archaic regulation, which forces cadets to choose between parenthood and their degrees, has been morally wrong and unconstitutional since its inception. It is likely no accident that the academy instituted its arcane ban on parenthood only after it began admitting women. This policy has no place in Connecticut or elsewhere, and it must end."

The complaint alleges that the "blanket ban on parents infringes on all cadets' constitutional right to parenthood and is based on outdated and harmful stereotypes about gender."

"Defendants violated the Fifth Amendment's guarantee of substantive due process and the Administrative Procedure Act when they disenrolled Mr. Olson after his completion of all degree requirements, refused to grant him his Bachelor's degree, withheld his commission, and denied his application to correct his military records to reflect that he had earned his degree and commission," the complaint continues.

The lawsuit seeks "a declaratory judgment that the challenged regulation is unconstitutional" and an injunction to order the academy to issue Olson "his degree, commission, and such other and further equitable relief this court deems just and proper." It also asks that the rule against parenthood be vacated, and that the academy be blocked from enforcing it.

Despite moving to renounce his parental rights, and numerous "statements from his military chain of command and advisors," he was disenrolled.

Sandra Stosz was the academy superintendent at the time.

"His company officers, company chief petty officer, academic advisor, water polo coach, and the Chief of Cadet Training all asked the Superintendent to reconsider her decision," the complaint reads. "These officers, who were directly responsible for training and evaluating Mr. Olson, found him well-qualified for graduation and commissioning."

Academy Director of Communication David Santos referred requests for comment to Coast Guard headquarters, which did not immediately respond Wednesday.

Defense One, a national security and military-based news publication, quoted Santos in July because a bill was introduced this year by Sens. Ted Cruz, R-Texas, and Kirsten Gillibrand, D-N.Y., to change the no-pregnancy policy at military academies.

"The Coast Guard Academy is not aware of any cadet pregnancies in the last 10 years, said David Santos, a public affairs officer at the school," the story reads.

The proposed legislation has not been passed.

The policy against pregnancy is listed between fitness and substance abuse requirements in the Coast Guard Academy's rules and regulations:

"A cadet may not have any maternal or paternal obligation or responsibility at the time of appointment nor while enrolled as a cadet," the rules read. "Any cadet who becomes pregnant, causes the pregnancy of another, or incurs the obligation of parenthood must report the condition to their chain of command. Pregnancy past 14 weeks will be considered an obligation and will be applicable to both prospective parents. A cadet who incurs a maternal or paternal obligation may resign, be disenrolled, or may apply for a hardship resignation and apply for readmission upon resolution of parental responsibilities."