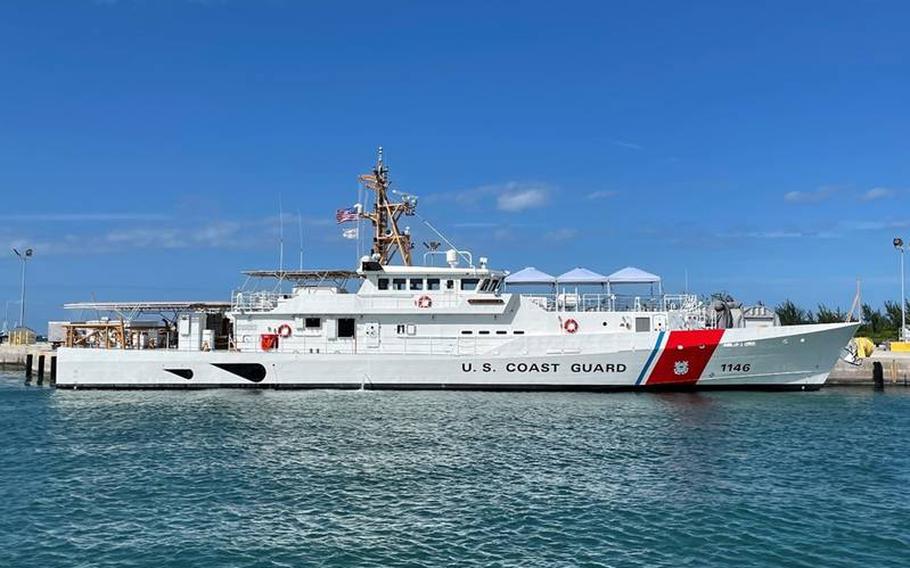 The John Scheuerman is the fifth of six Bollinger-built cutters destined for operations in Manama, Bahrain, to support U.S. interests in southwest Asia and the Middle East. (Bollinger Shipyards)

(Tribune News Service) — Bollinger Shipyards in Lockport, La., has delivered its latest cutter to the Coast Guard nearly a week ahead of schedule despite a three-week shutdown after Hurricane Ida, company officials said.

The John Scheuerman is the fifth of six Bollinger-built cutters destined for operations in Manama, Bahrain, to support U.S. interests in southwest Asia and the Middle East.

It’s the 169th vessel the company has delivered to the Coast Guard over a 35-year period and the 46th Fast Response Cutter completed under the current program, which started in 2008.

Each cutter costs about $65 million, and the entire program will cost the Coast Guard more than $3.7 billion, federal records show. The cutters replace the 110-foot Island Class Patrol Boats built by Bollinger 30 years ago.

Category 4 Ida, which made landfall Aug. 29 at Port Fourchon, damaged Bollinger’s facilities there as well as its Lockport shipyard about 38 miles inland.

“While every delivery is meaningful, being able to deliver this vessel nearly a week early despite everything our crew has faced over the past month is nothing short of remarkable,” Bollinger President and CEO Ben Bordelon said in a news release. “We had folks who lost everything in that storm.

“Our yard where we build the FRCs took a beating and was shuttered for three weeks while we rebuilt. This vessel and this delivery is a win our folks really needed and it reflects the resilience, commitment and tenacity of the 650 skilled men and women that built it.”

Bollinger reopened all of its 11 sites across Louisiana Sept. 24 following an extensive recovery and rebuilding effort, Bordelon said.

The latest cutter left Port Fourchon on Oct. 11 and performed exercises in the Gulf of Mexico before a final inspection and delivery to the Coast Guard six days later in Key West, Florida.

The Sentinel Class Fast Response Cutter has been used for coastal security, fishery patrols, search and rescue, border patrol and national defense. The 154-foot cutters carry a crew of 24, are armed with four .50-caliber machine guns and can travel at up to 28 knots, or 32 mph.

Each Fast Response Cutter is named for an enlisted Coast Guardsman who distinguished himself or herself in the line of duty.

John Scheuerman, a seaman first class in the Coast Guard Reserve during World War II, was presented posthumously with the Silver Star and Purple Heart medals.

His Silver Star citation says Scheuerman demonstrated “conspicuous gallantry and intrepidity in action” aboard a landing craft during an amphibious invasion of Italy on Sept. 9, 1943. Scheuerman unhesitatingly manned his battle station at an exposed antiaircraft gun and with “cool courage” exerted every effort to direct gunfire against the hostile aircraft.

“Although mortally wounded before he could deliver effective fire,” the citation says, “he remained steadfast at his post in the face of imminent death, thereby contributing materially to the protection of his ship against further attack.”

Visit The Houma Courier at www.houmatoday.com