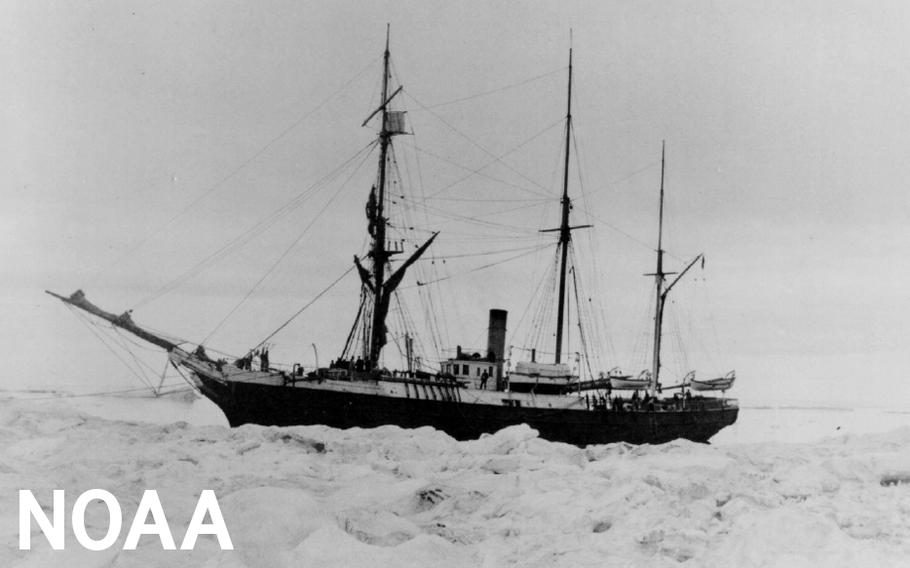 US Revenue Cutter Bear in the Arctic. (U.S. Coast Guard)

(Tribune News Service) — Nearly 60 years after a U.S. Coast Guard vessel, which the U.S. Navy used in World War II to capture a German spy boat, disappeared off the coast of Nova Scotia, federal officials on Thursday said they located the ship.

The Coast Guard and National Oceanic and Atmospheric Administration said in Boston on Thursday that they located the US Revenue Cutter Bear, which was built in 1874, about 90 miles south of Cape Sable, Nova Scotia. The U.S. utilized the Bear for several missions during World War I and World War II.

However, it sank in 1963 when an entrepreneur from Pennsylvania purchased the ship with plans of making it a museum and restaurant near Philadelphia.

The Bear was lost while being towed in 1963 about 90 miles South of Cape Sable, Nova Scotia.

The Bear was originally built in 1874 as a sealer in Scotland. For 10 years it worked as a commercial sealing boat off of Newfoundland until the U.S. government purchased it in 1884.

The U.S. Navy added it to its rescue fleet in the Arctic. It reached notoriety when it rescued several survivors from a disaster expedition.

In 1885, the Bear was transferred from the Treasury Department for service in the arctic as a Revenue Cutter, and remained in that role an unprecedented 41 years “saving lives and dispensing justice,” the Coast Guard said.

The vessel remained in the arctic until 1917, when it was transferred back to the Navy during World War I, before returning to the arctic after the war. The U.S. decommissioned the vessel in 1929.

However, the Bear went back into service during World War II and captured a German spy vessel.

The Bear ended service as a commissioned vessel in 1944 and was sold in 1948 to a Canadian steamship company to be re-converted to its original purpose as a sealer. Poor market conditions caused the company to abandon the vessel on a beach in Nova Scotia before an entrepreneur from Pennsylvania purchased the boat.