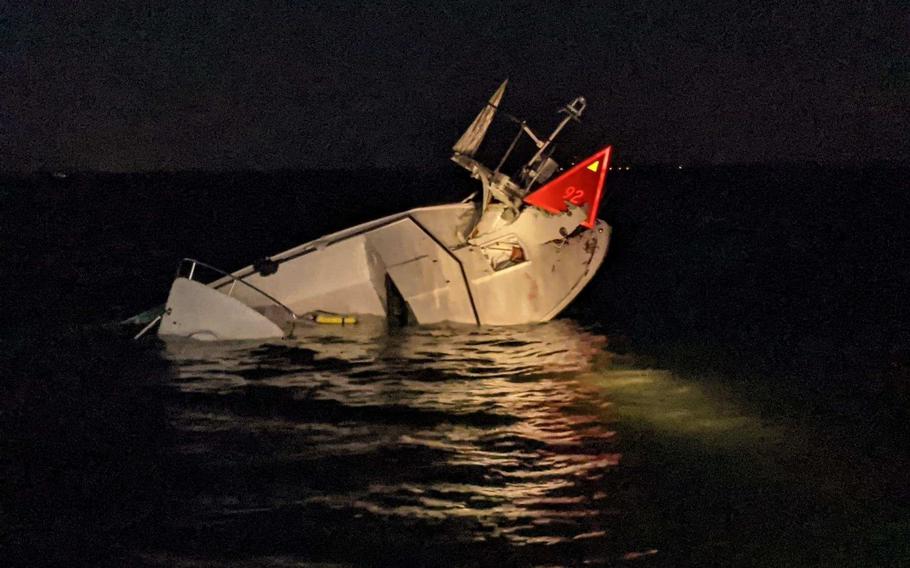 The Beach Haven boat crew and the Beach Haven Volunteer Fire Department jet ski crew rescued the six boaters from the water. Each had sustained several unspecified injuries from the crash, officials said.

Emergency crews onshore took the boaters to various local hospitals. Local and state police could not immediately provide details on the victims and their injuries.

A marine safety broadcast was issued to mariners to be on the lookout for debris from the crash. Coast Guard crews are working to fix the navigational aid.