Smith, a 25-year veteran of the Coast Guard, ran Sector Columbia River since June 2018. He led the sector through the longest U.S. government shutdown — when some in the military worked without pay — and almost a year and a half of the coronavirus pandemic.

"Jeremy, (you've) done an incredible job with your team here," Jackson said at the event, "and I have some awfully large shoes to fill. Thank you for exceptional leadership, your commitment to excellence and focus on the great men and women of this unit.

"To the men and women of Sector Columbia River," he continued. "I am truly blessed, honored and humbled to be your new sector commander, and I will promise you that you're going to get my very best."

Smith was cited for outstanding meritorious service during his three-plus years in Warrenton.

"Three years ago, I took command and I said I was dumbfounded to be here, to have the opportunity to be sector commander of Sector Columbia River," Smith recalled before a mostly masked audience. "This was my No. 1 choice. I wanted to be here, I wanted to have this role, and I couldn't believe the service was actually going to do it.

"My kids did, and still do, tease me relentlessly for that statement," he continued. "The Daily Astorian picked it up as a headline — I tried to buy all the copies the next day — but I stand by those words."

Sector Columbia River, based in Warrenton, covers parts of the Oregon and Washington state coasts and ports along the river to Idaho.

Jackson, who inherits hundreds of active, reserve, civilian and auxiliary personnel, arrives at a time when the world is experiencing a surge of the pandemic due to the delta variant.

"Scott, I know you'll take care of the crew." Smith said. "They're well-trained, well-equipped and, more importantly, they're well — perhaps most importantly."

Asked in an interview what he's most looking forward to in retirement, Smith replied, "Uninterrupted rest." 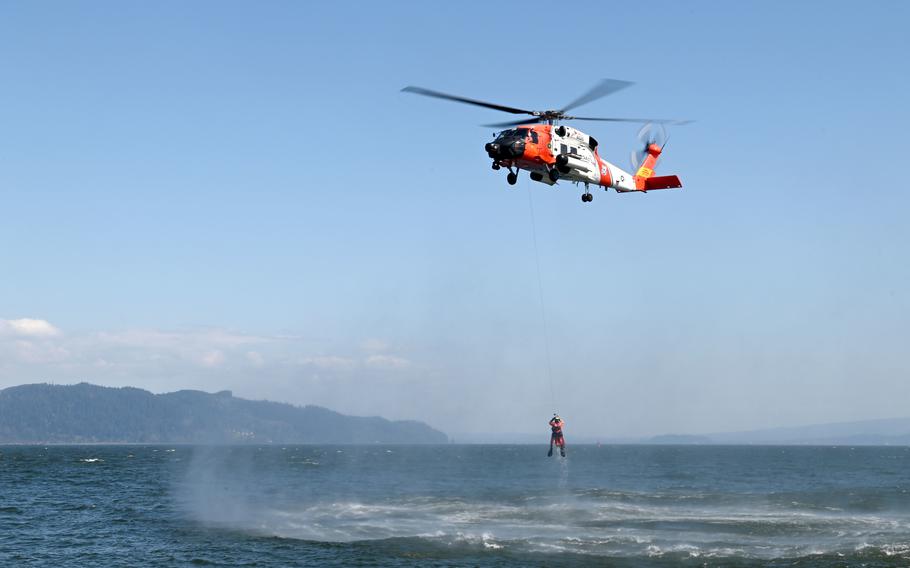