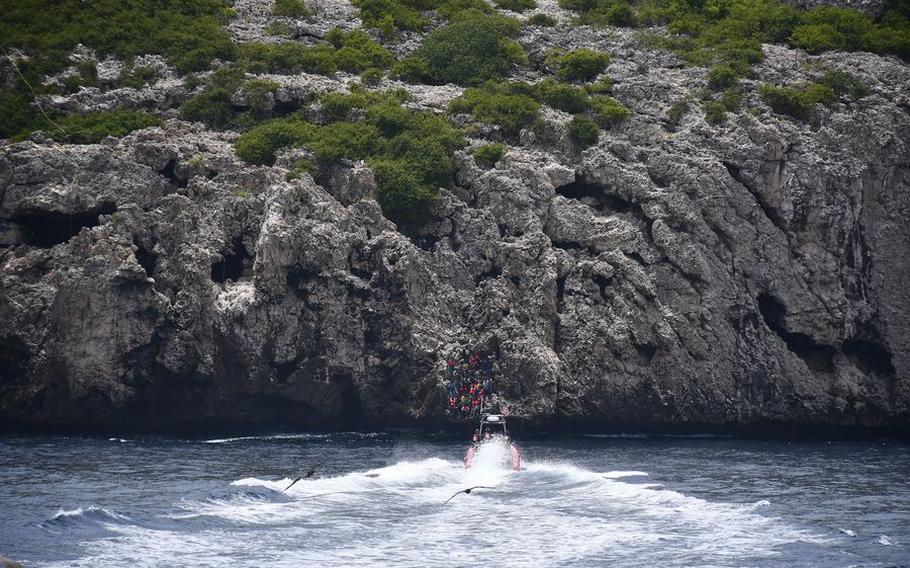 (Tribune News Service) — A group of 48 Haitian migrants spent a day stranded on Monito Cay, Puerto Rico, in the Mona Passage after they were abandoned by smugglers. It would take two crews to rescue them and transport them to U.S. customs officials.

The call went out on Wednesday when Coast Guard and Puerto Rico police crews learned of the Haitians’ plight.

Watchstanders at Coast Guard Sector San Juan were first called by an aircrew from a Coast Guard HC-144 Ocean Sentry aircraft. That crew spotted the stranded people flashing a light and waving their hands to capture attention.

How the rescue worked

“This was a very complex rescue and the migrants were in pretty bad shape after being abandoned by smugglers in this austere and highly dangerous environment,” Lt. Benjamin Williamsz, commanding officer of the Cutter Winslow Griesser, said in a media release. “The Winslow Griesser crew performed superbly, while working with our Puerto Rico police and border patrol partners, in rescuing and saving the migrants from the cliff’s edge and jagged rocks and bringing them to the safety of the cutter.”

The Winslow Griesser crew saw the Haitians — 26 men and 22 women — clinging to the side of the cliff and taking shelter inside nearby caves. The Winslow Griesser launched their Over the Horizon IV small boat to recover the stranded men and women on Thursday.

Where are they now?

According to the Coast Guard, the migrants were transported to Mayaguez, Puerto Rico. They were then transferred to U.S. Customs and Border Protection Border Patrol agents. 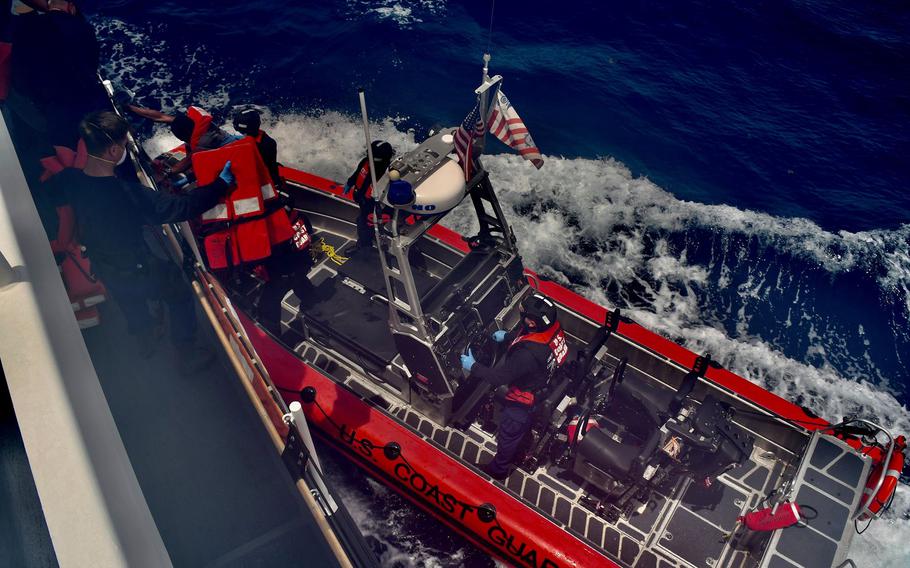