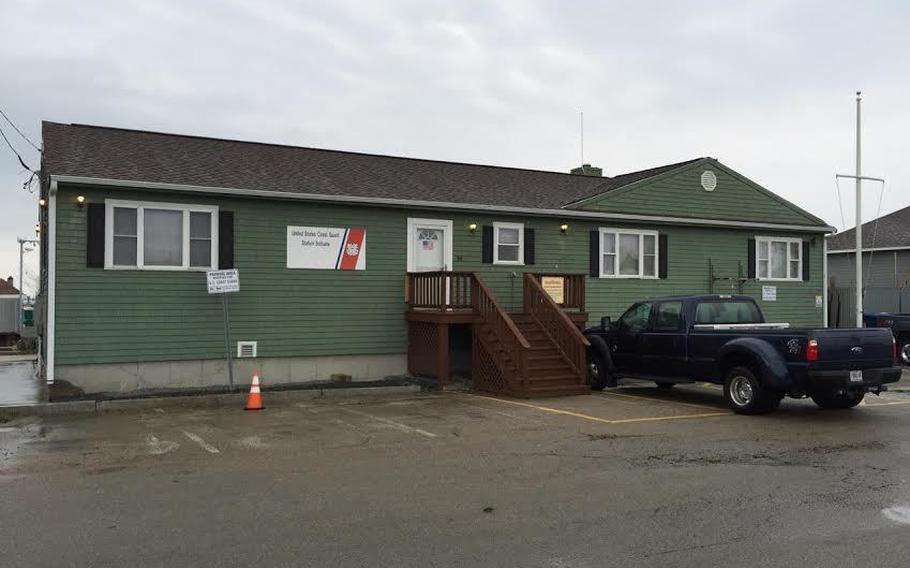 "I think it's a very dangerous and volatile situation to close the station," said Marshfield Town Manager Mike Maresco. "We've had a number of rescues this year off our coast and we've relied heavily on the Coast Guard. This will make things more challenging."

On June 9, the U.S. Coast Guard announced a plan to close four stations across the country including the Scituate station. Officials from coastal communities along the South Shore are coordinating to prevent that from happening.

According to Brandon Newman, USCG public affairs officer for District One, should the Scituate station close, it would not impact the Coast Guard's ability to respond to calls.

"It's really just to ensure resources are allocated," he said. "There would still be a Coast Guard presence in that area."

The "parent unit" and point of command for the Scituate station is the Point Allerton station in Hull — the closest station beyond Scituate, and one that serves the area down to and including Plymouth, Newman said.

Despite popular belief that the Coast Guard is waiting at the station for emergency calls, Newman said "in reality we're doing routine patrols throughout the whole area of responsibility, especially on busy days or if we know traffic is going to be high. We'll be in the best spot to respond to issues."

Town officials from Cohasset to Plymouth are worried about the loss of the Scituate station.

"We are deeply concerned about what we see as increased response times from the Coast Guard," said Scituate Town Administrator Jim Boudreau. "We have more boaters, and more accidents on the water because of more boaters, storms of greater intensity that seem to be more frequent, and the response is to increase response time? Seconds count on the water. Anything that increases response time puts the public at risk."

Even in ideal weather conditions, it would take the Coast Guard roughly 25 minutes to reach the mouth of the North River from Hull, Boudreau said. But many calls to the Coast Guard occur during storms or in choppy weather, which extends the time the Coast Guard could reach a vessel in distress.

This is something that concerns all town officials but notably Plymouth Harbormaster Chad Hunter and Kingston Town Administrator Keith Hickey.

"In Plymouth, we're furthest south in that sector," Hunter said. "When the Scituate station is open, we see the Coast Guard come down to Plymouth pretty frequently on their patrols. We work really closely with the Coast Guard during the busy season with rescues and searches. We really rely on them to assist and be there."

Going south, the Coast Guard station in Sandwich is the next station to Plymouth, Hunter said, but in a different sector.

"The majority of our boat traffic is within the three-bay area of Plymouth, Kingston and Duxbury; 90% of our boating activity is at the northern side of Plymouth ... the closest station is Scituate."

While Kingston might not have the coastal presence of Scituate, Marshfield or Plymouth, Hickey points out it is still a coastal community with a lot of boating activity and they rely heavily on the Coast Guard to respond to people in a timely manner.

"You've got more and more boats out there and yet the Coast Guard is looking to eliminate a 'redundant' station," he said. "Closing the Scituate station could double the response time to many locations around us. I can't figure it out."

Hickey, Boudreau and other officials believe if the Coast Guard station is closed in Scituate, more pressure would be put on towns' harbormasters and police and fire departments.

Harbormaster and police/fire boats were not purchased with the intent to replace a Coast Guard cutter, Hickey said.

Kearney also agrees that closing the Scituate station would have a detrimental impact on the South Shore.

"It is essential that we keep the Scituate Coast Guard station open," he said. "It's vital to protecting our commercial and recreational boating community that drives our local economy."

Marshfield's Maresco said closing the Scituate station will have a "dire effect on us."

"In Marshfield we have a great harbormaster and assistant harbormasters but they're responsible for three rivers and all of the beaches and if there is an emergency and we need bigger boats, we'll need the Coast Guard," he said.

While Cohasset Town Manager Christopher Senior acknowledged Cohasset would be perhaps the least impacted by closing the Scituate station, being the closest community to Hull, he said it still takes less time from Scituate to reach Cohasset than it does from Hull to Cohasset.

"It would affect everyone down the coast," he said. "Boaters don't just hang out in their own harbors. The Coast Guard could rescue a Cohasset boater in Plymouth, or a Plymouth boater in Cohasset. This would affect all boaters on the South Shore."

According to Boudreau, none of the South Shore towns received any official notification from the Coast Guard about the possible closure until a little over a week before the end of the comment period.

The Coast Guard has extended the comment period to next month to allow the public to weigh in. The South Shore communities are working on a joint response.

If the closure were to take place, it would go into effect for fiscal year 2022.

"It just doesn't make sense to do this," Boudreau said.