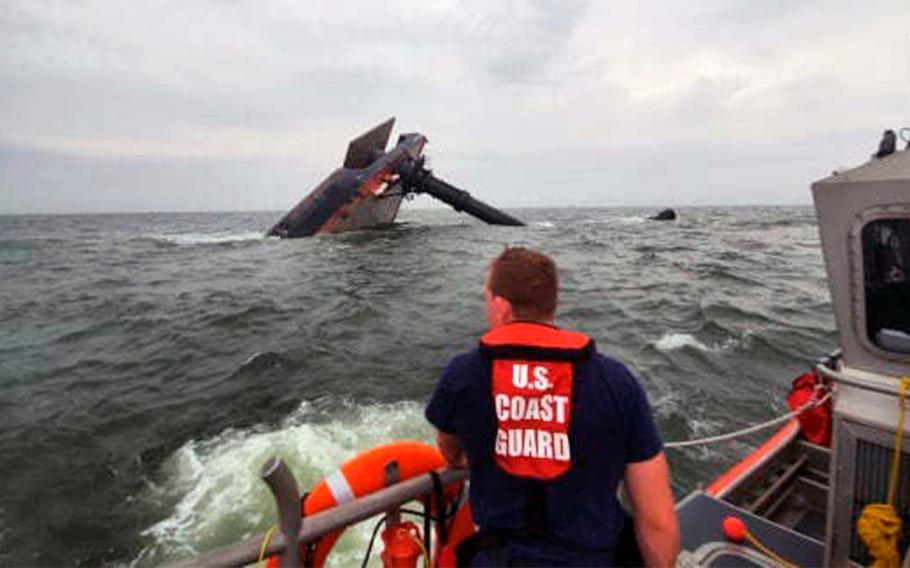 HOUMA, La. (Tribune News Service) — The Coast Guard will conduct a public hearing starting Monday in Houma to consider evidence in the fatal capsizing of the Seacor Power oilfield boat.

The liftboat capsized in a storm April 13 about 8 miles south of Port Fourchon. Six people were rescued, six bodies were found and seven people aboard the vessel are missing and presumed dead.

The hearing is scheduled to convene at 8 a.m. weekdays through Aug. 13 at the Courtyard Marriott Hotel, 142 Library Drive. Anyone who can’t attend in person may watch online at https://livestream.com/uscginvestigations.

The sessions will also be archived on the livestream website so the public can view them later.

The National Transportation Safety Board is the lead agency in the Seacor Power investigation and will participate in the public hearing, the Coast Guard said in a news release. But the NTSB will produce an independent report with its own findings, a process officials have said usually takes a year to 18 months.

The agency issued a preliminary report in May that details the final hours before the Seacor Power capsized.

The boat had left Port Fourchon in south Lafourche about 1:30 p.m. for an oil platform off Plaquemines Parish, carrying equipment that would be used by workers there, the report says.

A weather forecast emailed to the boat at 7 a.m. predicted afternoon winds at 10-14 mph with 3-foot seas., the NTSB report says. But about 3:30 p.m., a rain squall passed over the vessel as it entered the Gulf. Some vessels in the area reported heavy rain, winds exceeding 92 mph and building seas.

“Visibility dropped and the winds increased significantly, so crew decided to lower the Seacor Power’s legs to the seafloor to hold the vessel in position until the storm passed,” according to the NTSB report. “When the legs began to descend, the crewmember at the helm attempted to turn the vessel into the winds. Before the turn was completed, the Seacor Power heeled to starboard and capsized.”

Family members have filed several lawsuits claiming Seacor ordered the captain of its oilfield liftboat to sail into the storm that caused it to capsize. A company official had previously disputed the claim, saying the final decision on whether to sail rested solely with captain David Ledet of Thibodaux, who died in the incident.

Anyone wishing to provide information that may assist in the Coast Guard investigation and public hearing can submit it via email to accidentinfo@uscg.mil.