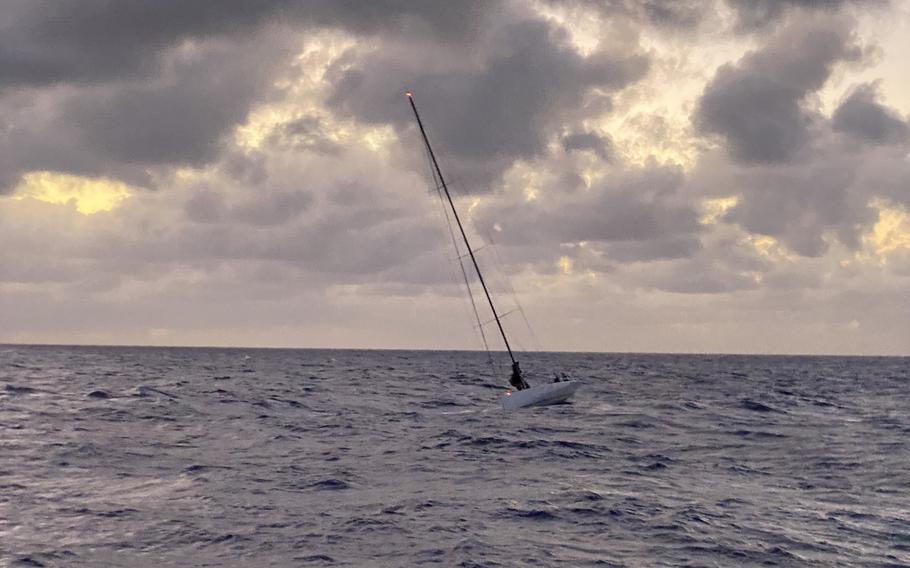 "With any towing evolution there is risk involved, " said Ensign Michael Meisenger, operations officer aboard the Cutter Oliver Berry. "In 30-knot winds and 10-foot seas we were able to establish a tow with the Lucky and safely brought them back to Honolulu."

He attributed their success to constant training and preparation.

Coast Guard Sector Honolulu watchstanders were notified at 1:32 p.m. Friday of the situation. When the rudder became disabled, the vessel began drifting towards Oahu.

Since those aboard the vessel were not in immediate danger, the Coast Guard diverted the Cutter Oliver Berry at 6:45 p.m. to tow the Lucky and the mariners to Honolulu.

They arrived at 2:30 a.m. Saturday just outside Honolulu, and the tow was performed by Station Honolulu's 45-foot response boat.