(Tribune News Service) — Eight people were tossed from a boat amid an accident in Boston Harbor early Saturday morning, leaving one dead, according to the Coast Guard.

A center console boat struck a day marker buoy around 3 a.m., drawing multiple agencies to the waterfront. Responders with the Massachusetts State Police, Massachusetts Environmental Police, Boston Fire Department, Massport Fire and Boston EMS raced to find the victims and a helicopter was reportedly used to assist in the search for those missing after the incident.

Seven boaters were pulled from the water in the immediate aftermath of the crash, five of who were transported to hospitals for treatment, the Boston Fire Department said in a tweet. Their conditions were not known Saturday afternoon.

Nearly 12 hours after the accident, the Coast Guard announced they recovered the body of an eighth female passenger.

“The Boston Police Department is actively reviewing the facts and circumstances surrounding this incident and is asking anyone with information relative to this investigation to contact Boston Police Homicide Detectives at (617) 343-4470,” authorities said in a press release. 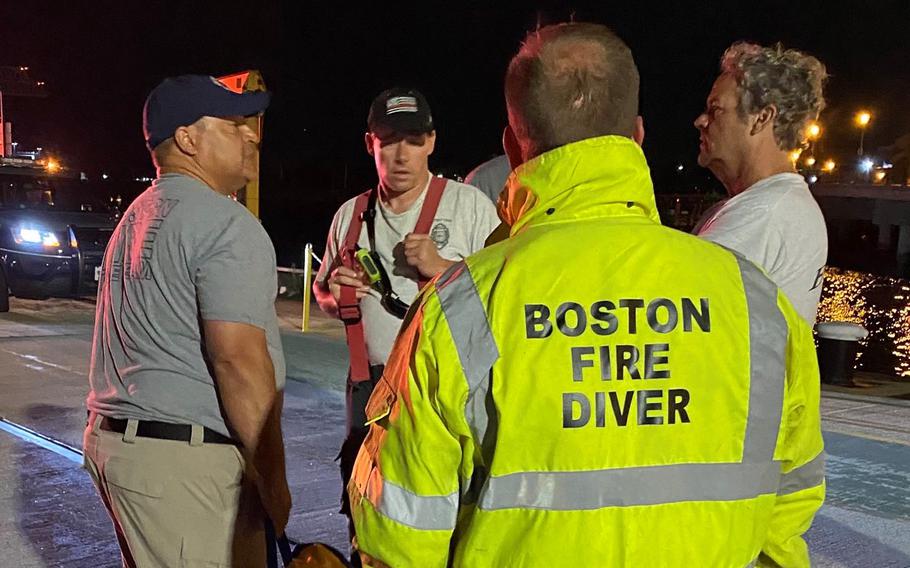