The report attributed the rise of accidents, injuries and deaths, at least in part, to evidence that more people took to the water during the pandemic.

The evidence was culled from “reports of increased boat sales, insurance policies taken out, insurance claims and calls for towing assistance.”

Where the cause of death was known, drowning was the primary cause of death — 75% — for fatal boating accident victims. The report also found that 86% of the drowning victims were not wearing a life jacket or other flotation device.

“Where the length was known, eight out of every 10 boaters who drowned were using vessels less than 21 feet in length,” the report stated in its executive summary. “Where instruction was known, 77% of deaths occurred on boats where the operator did not receive boating safety instruction. Only 12% of deaths occurred on vessels where the operator was known to have received a nationally-approved boating safety education certificate.”

“Where the primary cause was known, (alcohol consumption) was listed as the leading factor in 18% of deaths,” the report stated.

Other takeaways from the report:

— The most common type of vessel types involved in reported accidents were open motorboats (46%), personal watercraft (22%) and cabin motorboats (13%).

— There were 247 accidents resulting in at least one person being struck by a propeller — resulting in 39 deaths and 241 injuries. 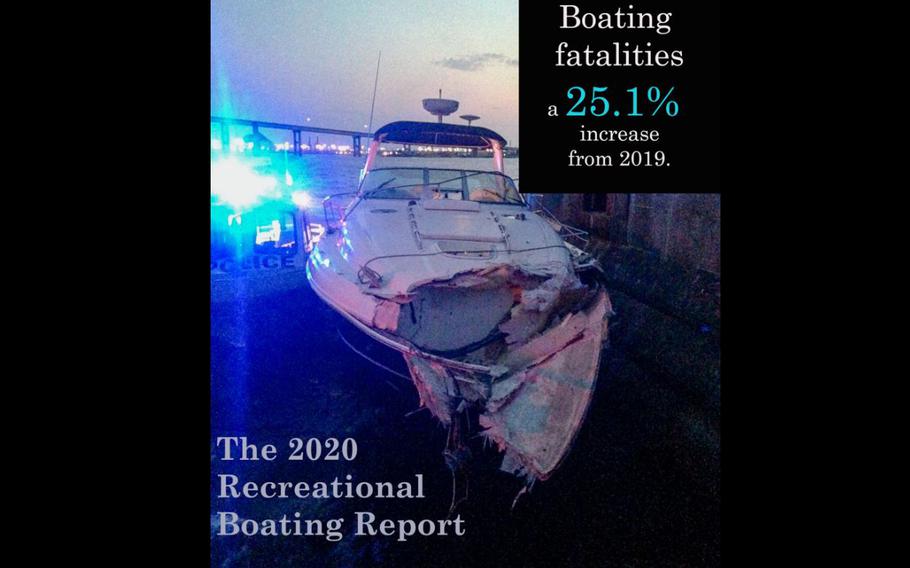