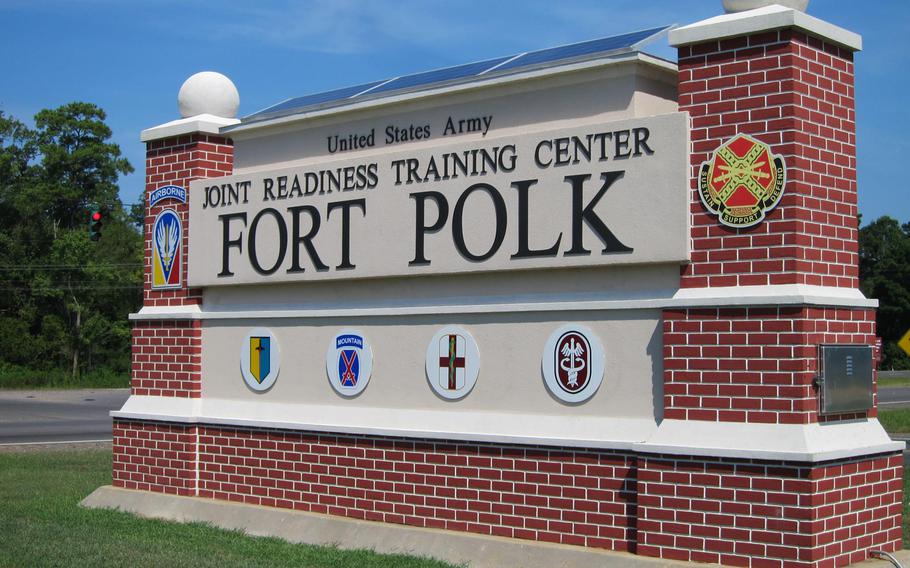 Pvt. Tyler Davis, 23, was sentenced Jan. 5 to 42 years in prison after he pleaded guilty to sexual assault of children while assigned to Fort Polk, La. (U.S. Army)

A 23-year-old soldier assigned to Fort Polk, La., was sentenced to 42 years in federal prison for 13 counts of raping and sexually assaulting three children and child pornography, according to the Army Criminal Investigation Division.

Pvt. Tyler Davis pleaded guilty to the charges and was sentenced Jan. 5 by Col. Maureen A. Kohn in a Fort Polk courtroom. Davis, an infantryman with the 3rd Brigade, 10th Mountain Division, also will receive a dishonorable discharge.

“The outcome of this investigation is something I hope brings some peace to the victims and their families,” said Tanya Marlow, the assistant special agent-in-charge of CID’s southern field office. “I hope it helps them to heal and move forward with their lives.”

The crimes against the two sisters occurred between February and April 2022, according to CID.

A search of Davis’s cell phone revealed 13 images and three videos of suspected child pornography. Davis confessed to taking sexually explicit photos with his phone of one of the victims, according to CID.

“The collaborative work of the special agents with the Fort Polk CID Office, the digital forensic examiners and the DNA experts at the U.S. Army Criminal Investigation Laboratory contributed to the successful resolution of the case,” Marlow said.

Davis enlisted in August 2020, according to Fort Polk. He arrived at Fort Polk in May 2021 as his first duty station.

If you or someone you know is being exploited or has been a victim sexual assault, get help from the DOD Safe Helpline at https://online.safehelpline.org/ or call 877-995-5247. Information can also be reported anonymously to Army CID via CID Crime Tips at: https://www.cid.army.mil/report-a-crime.html.