Soldier killed, another detained after altercation at Fort Rucker 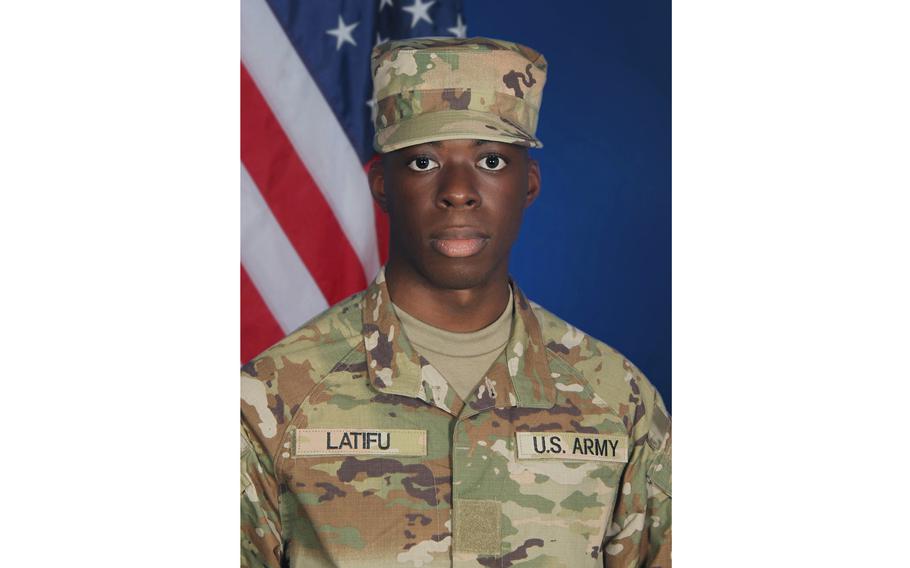 A 21-year-old soldier at Fort Rucker was killed Tuesday in an altercation with another soldier at the Alabama Army post, service officials said Wednesday.

Pvt. Abdul N. Latifu of the Bronx in New York City died Tuesday afternoon of injuries that he sustained during the altercation just before noon, said David C. Agan Jr., a Fort Rucker spokesman. The other soldier involved in the incident, who has not been publicly identified, was taken into custody by Fort Rucker Public Safety Department officers, Agan said.

Latifu and the other soldier were trainees in the Army’s Advanced Individual Training program at Fort Rucker. AIT is the second stage of initial military training for enlisted soldiers.

Latifu was training to become an Army air traffic control operator, Agan said. He was assigned to the 1st Battalion, 13th Aviation Regiment, 1st Aviation Brigade at the program.

Maj. Gen. Michael McCurry, the commander of Fort Rucker and its Army Aviation Center of Excellence, pledged support for those impacted by Latifu’s death, including his family.

"On behalf of the U.S. Army Aviation Center of Excellence and Fort Rucker, I extend our deepest condolences to Pvt. Latifu's family, friends and community,” McCurry said in a prepared statement. “Together we mourn the loss of a promising young soldier.”

Army Criminal Investigation Division agents are investigating the incident. No formal charges had been filed as of Wednesday against the soldier detained in the incident, Agan said.

Fort Rucker said it had made counselors, behavioral health specialists and Army chaplains available to the unit and those affected by the incident.

The death is at least the second killing of a soldier involving another soldier at an Army base in recent weeks.

Spc. Shay A. Wilson was charged with murder last month in the Dec. 12 shooting death of Sgt. Nathan M. Hillman at Fort Stewart, Ga., where both were assigned to the 3rd Infantry Division’s 2nd Armored Brigade Combat Team.