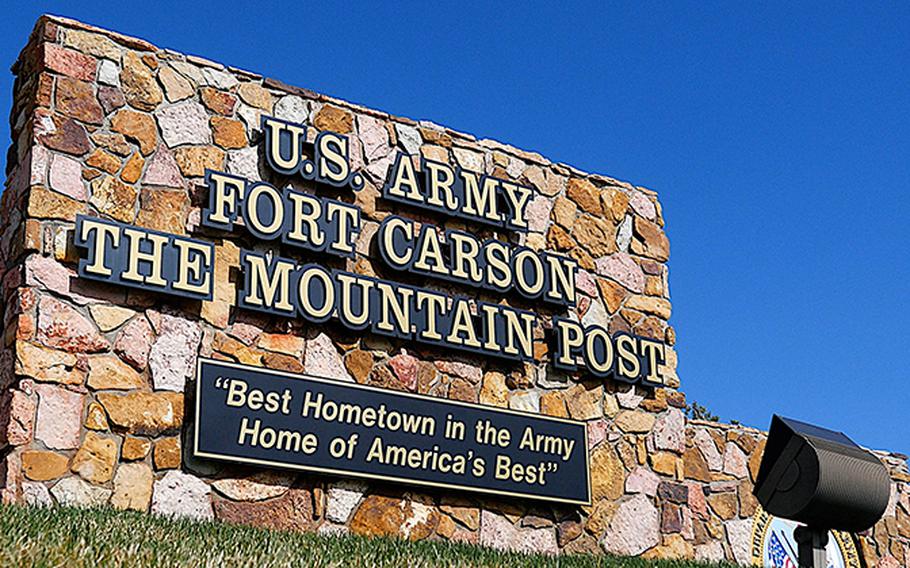 The welcome sign at Fort Carson, Colo., in an undated file image. One person had minor injuries after being shot Tuesday with a pellet gun, according to a base statement. (Fort Carson MWR)

EDITOR’S NOTE: This story has been updated.

One person was slightly injured in a pellet gun shooting Tuesday at Colorado’s Fort Carson, base officials said.

One shot was fired and the injuries to the unidentified person were minor, according to a statement by Fort Carson late Tuesday.

The incident occurred on base in the 3rd Brigade Combat team area at 8:15 p.m., and people were required to shelter in place, the base said in a follow-up statement Wednesday.

The area was searched but neither the shooter nor the weapon were found, the base said. An investigation is ongoing.