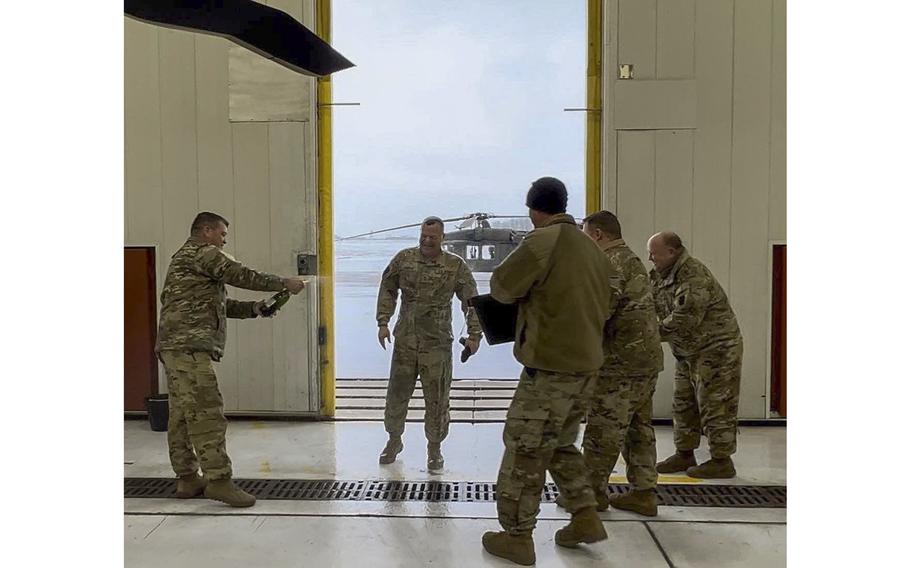 To commemorate the occasion, his fellow guardsman presented him with the tip of a rotor blade signed by each of them with the Pennsylvania Army Aviation Support Facility, 28th Expeditionary Combat Aviation Brigade logo in the center.

“I thought it was fitting to bring the small crew we have on this holiday workweek together to send you off,” Col. Michael Girvin said during the ceremony.

Doyno is originally from western Pennsylvania, and spent 17 years in Colorado with the National Guard before moving back to Pennsylvania in the early 2000s.

He’s spent 20 years in Johns-town, serving as a test pilot and instructor and overseeing the maintenance of the aircraft at the facility next to John Murtha Johnstown-Cambria County Airport.

“What I’ll miss most is being on the pilot flight line and flying aircraft — testing aircraft,” Doyno said.

His interest in aviation began at a young age, when he connected with an aviator on his paper route as a boy. 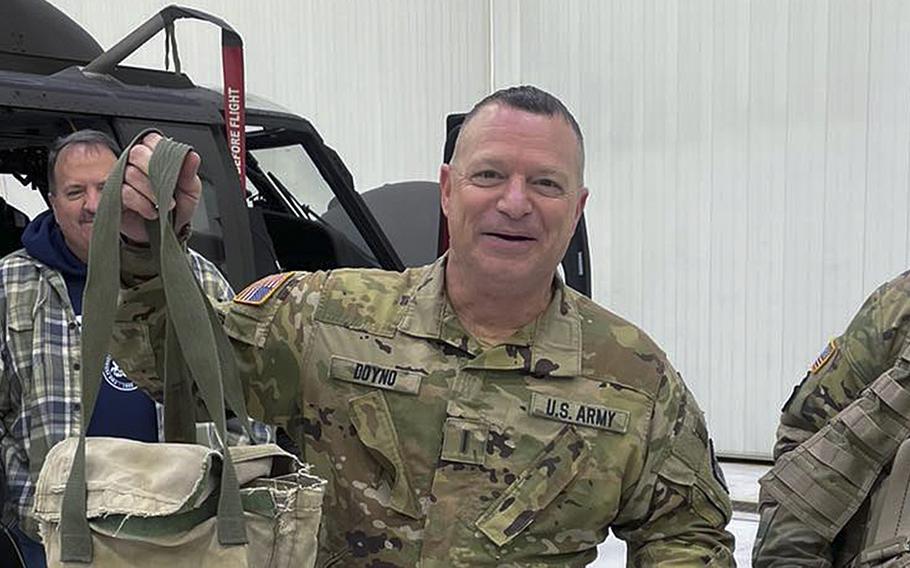 Doyno said that interest grew from there, and he eventually contacted a recruiter about joining up.

Getting to work on aircraft every day was a passion for him, especially knowing that the equipment was in fighting shape.

However, as with all endeavors, Doyno, 60, said it was time for it to end.

He walked out of the facility on Friday for the last time.

Chief Warrant Officer 4 Richard Hill, who will take over for Doyno, said the unit is “going to be way different” without him.

“He’s kind of been a fixture here,” he said.

Hill noted that Doyno upheld an impressive standard for the maintenance program at the facility that he considers the pinnacle of the Guard.

Girvin said Doyno has an impressive knowledge and dedication that’s matched by few.

After Doyno was presented with his memento, he took the time to greet and thank each of the service members at Friday’s event, which he described as humbling.

Girvin told Doyno he would most certainly be missed at the facility.

Some of Doyno’s notable missions include flying equipment to Somerset County 20 years ago to assist with the Quecreek Mine rescue and multiple water rescues in the Allegheny River.