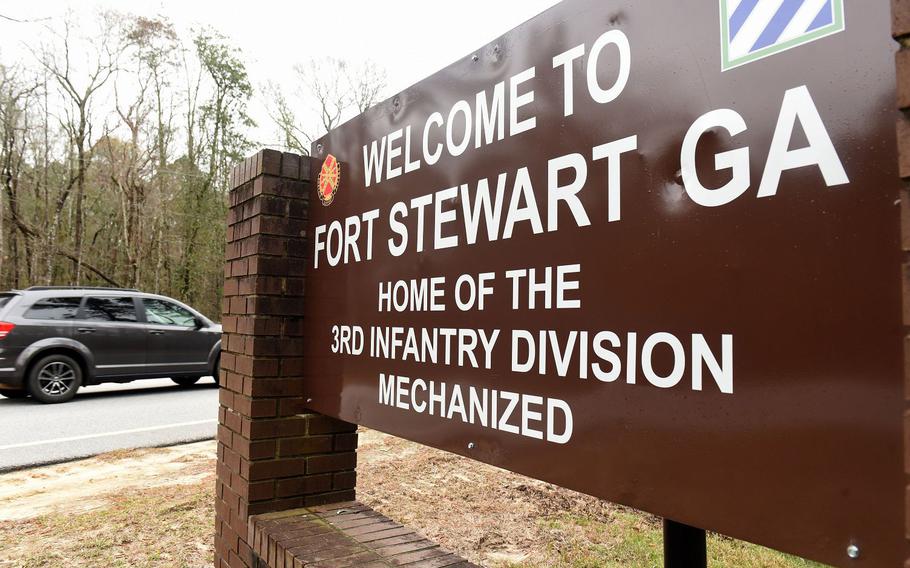 A soldier was killed in a shooting at Fort Stewart on Monday, Dec. 12, 2022, an Army official at the Georgia installation said. (Ryon Horne, The Atlanta Journal-Constitution/TNS)

A soldier was killed in a shooting at Fort Stewart on Monday morning, an Army official at the Georgia installation said.

The suspected shooter was captured by military police officers at the base and transferred to the custody of Army Criminal Investigation Command agents, Kevin Larson, a Fort Stewart spokesman, said Monday afternoon. The shooting occurred just before 10 a.m. at the installation’s 2nd Armored Brigade Combat Team, 3rd Infantry Division complex, according to Larson.

The identity of the soldier killed was not immediately released Monday. Larson said the victim’s name would be released after the next-of-kin notification process was completed.

He also said law enforcement officials were continuing their probe into the incident and additional details about the alleged shooter would not be immediately released. He declined to say if the person arrested was a soldier.

Larson said there was “no active threat” to the Fort Stewart community as of Monday afternoon.

Fort Stewart emergency response officials locked down the installation’s 2nd Brigade complex after the shooting was reported, Larson said. It later reopened. The complex is a gated area where 2nd Brigade soldiers live and work, and it is separate from Fort Stewart’s main garrison area.

Larson said he could not provide further details about the incident Monday afternoon.

He said Fort Stewart’s Winn Army Community Hospital would make behavioral health counseling available to all impacted by Monday’s incident. Soldiers can make appointments through their units or by calling 912-435-6633.

Fort Stewart, which is located in the coastal region of Georgia, is home to the Army’s 3rd Infantry Division and is the largest U.S. military installation — in terms of acres — east of the Mississippi River.