Army offers $5,000 reward for information on stolen Humvee in Texas 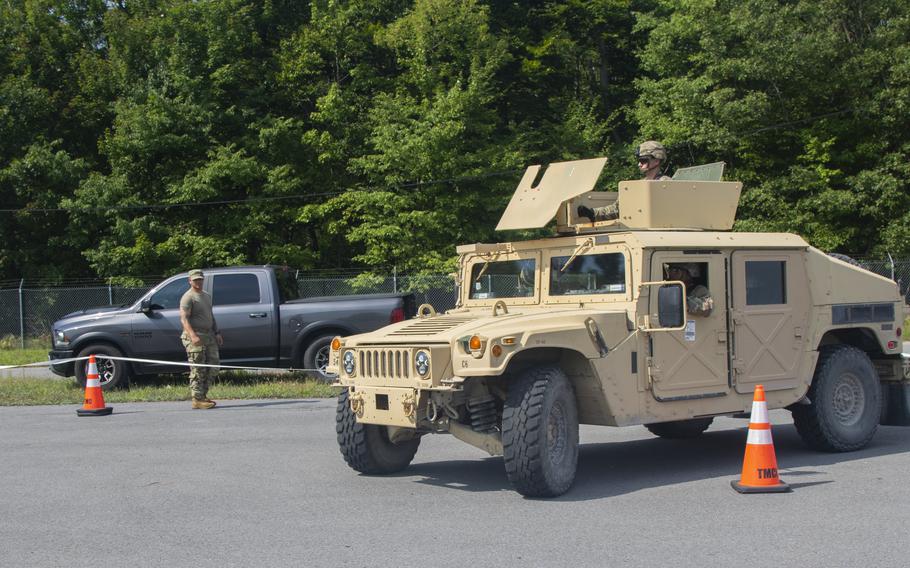 Army officials said Thursday, Dec. 8, 2022, that a Humvee — formally known as a High Mobility Multipurpose Wheeled Vehicle — was taken two weeks ago at the Army Reserve Center in San Marcos, Texas, and they are offering a $5,000 reward for information about the theft. The stolen Humvee looks like the one pictured in this photo taken in August at Fort Drum, N.Y. (Kade M. Bowers/U.S. Army)

WASHINGTON — The Army is offering cash for credible information that leads to whomever stole a Humvee at a reserve center in Texas, officials said Thursday.

Officials said the Humvee — formally known as a High Mobility Multipurpose Wheeled Vehicle — was taken two weeks ago at the Army Reserve Center in San Marcos, located in south-central Texas between Austin and San Antonio.

Officials said the Humvee was taken from the reserve center sometime between Nov. 22 and Nov. 28. Its identifying number — 399 TPC A1-6 — should be displayed on its front and rear bumpers.

The Army’s Criminal Investigative Division is offering $5,000 for information that leads to the arrest and conviction of the thief.

“Information will be held in the strictest confidence allowable,” the Army‘s CID states on a reward poster for the vehicle.

The information can be reported anonymously to CID Crime Tips at https://www.cid.army.mil/report-a-crime.html.

The U.S. military has used the Humvee as a primary utility vehicle for nearly 40 years. There are many Humvee variants, and many foreign militaries also use it as a utility vehicle.