Five US soldiers charged in rape of two women in Louisiana 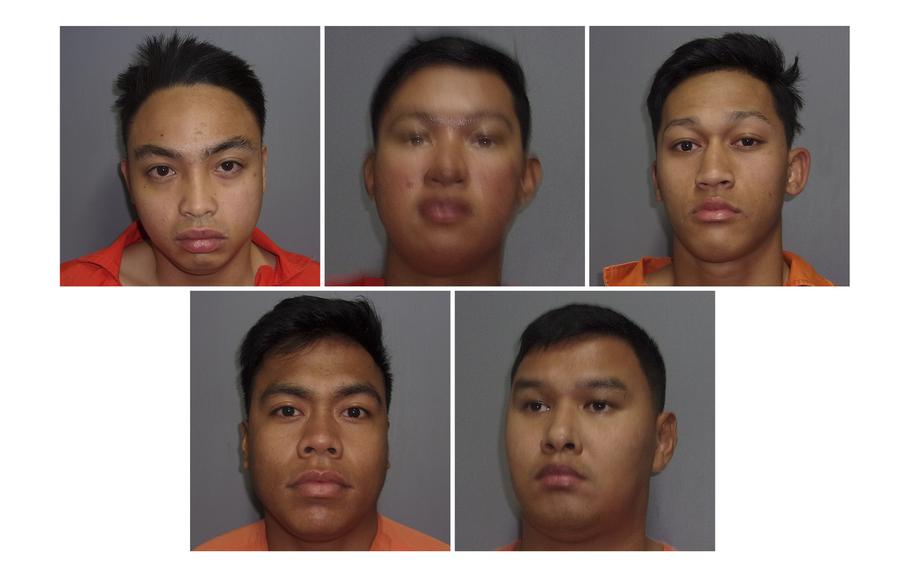 The soldiers went to the home of a woman in the area of Rosepine, La., on Nov. 24, gave the woman and her roommate alcohol that incapacitated them, then sexually assaulted them, the Vernon Parish Sheriff's Office said in a statement Thursday.

The men are on the same combat team at the Fort Polk military base in eastern Louisiana. Each has been in the Army for less than two years, except Bianzon, who joined in October 2020, according to a Fort Polk spokesperson. All are infantrymen, Bianzon and Labial with the rank of specialist and Camentil, Flores and Ramit with the rank of private first class.

They were jailed in Vernon Parish. The Army spokesperson said the investigation by the local sheriff's office was ongoing.

The women were not identified by authorities. The Washington Post generally does not identify victims of sexual assault.

Sexual assault has plagued the U.S. military, despite some efforts to combat the issue. The Pentagon this fall reported an increase in sexual assaults among service members from 2020 to 2021, including a record-high number among active-duty women who experienced unwanted sexual contact.

One of the five soldiers knew one of the women and brought the group to her house, the sheriff's office said. Neither the woman nor her roommate knew the other four men.

The women told investigators that they felt unwell and experienced "a stupor" after drinking alcohol brought by the men. They became incapacitated and suspected they had been drugged, according to the sheriff's office.

An examination of both women showed injuries consistent with sexual assault, the sheriff's office said.

The five men were interviewed by police on Wednesday and were jailed. The Washington Post was not immediately able to determine whether they had attorneys.