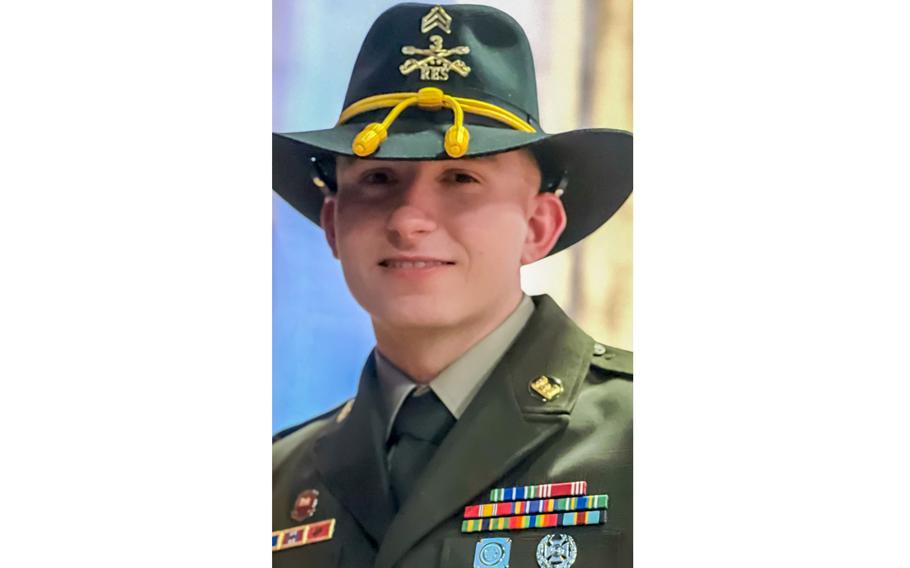 Sgt. Jesse Cruz, 23, a supply specialist assigned to Fort Hood, Texas, died Aug. 13, 2022. Cruz lost control of his motorcycle and wrecked it, and another vehicle hit him in the road and did not stop, according to the Army Criminal Investigation Division. Investigators offered $5,000 to anyone with information about the vehicle that hit Cruz. (U.S. Army)

AUSTIN, Texas — The Army Criminal Investigation Division is offering $5,000 to help identify who was involved in an August hit-and-run accident that killed a 23-year-old Fort Hood soldier, according to the Texas base.

Investigators are looking for a silver or dark gray 2004 to 2008 four-door Acura TL in connection to the death of Sgt. Jesse Cruz, who died following a motorcycle accident that occurred at about 12:40 a.m. on Aug. 13 in southwest Killeen.

The night of the accident, Cruz left Jokers Icehouse Bar and Grill, drove his motorcycle north on Clear Creek Road and lost control of it on a curve near Mohawk Drive, according to the Killeen Police Department and CID. He crashed into the grassy median and landed in the inside lane.

Another vehicle heading north hit Cruz in the road and did not stop to help him, police said. Initially, Killeen police said they were looking for a gray pickup truck with major undercarriage damage. 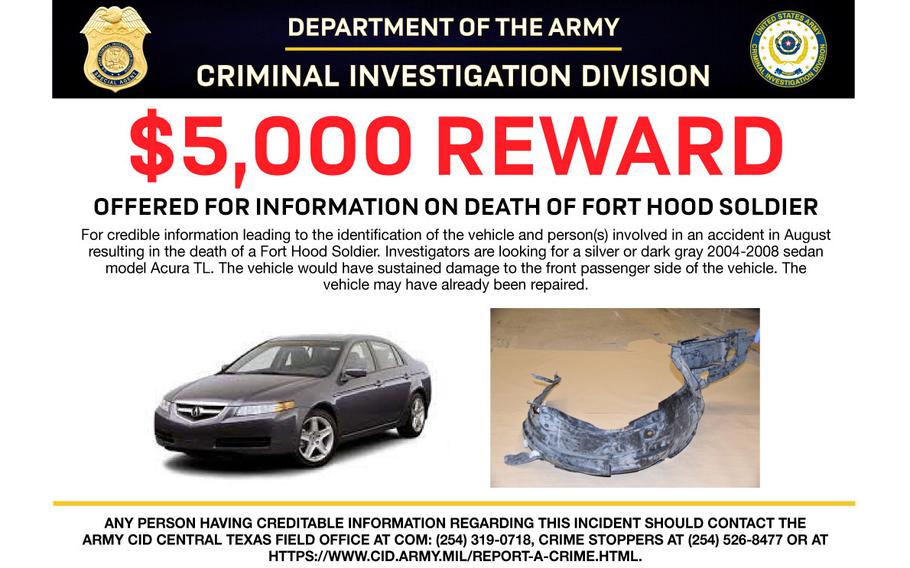 Army investigators said Thursday that they are looking for an Acura with damage to the front passenger side, which might already have been repaired. CID declined to offer further information because the investigation is ongoing.

Cruz, a supply specialist, had been assigned to the Regimental Engineer Squadron in 3rd Cavalry Regiment since October 2019, according to Fort Hood. He enlisted in 2018 and was married with a daughter, according to his obituary.

Army CID said its central Texas field office is working alongside Killeen police on Cruz’s case. Anyone with information regarding this incident can contact the office at 254-319-0718 or Crime Stoppers at 254-526-8477. People can also provide information about the crash at https://www.cid.army.mil/report-a-crime.html.

Those who wish to remain anonymous will be honored to the degree allowable under the law, and the information will be held in the strictest confidence allowable, according to CID.