Several hundred soldiers were wrongly entered into an FBI criminal database during a yearslong fraud investigation into a recruiting bonus program established at the height of the recent U.S. wars, Army officials said Thursday, citing initial findings of an ongoing review.

More than half of the 900-some cases reviewed to date by Army Criminal Investigations Division agents required some form of records correction after the soldiers were included in a 2012 to 2016 investigation of fraudulent payments made to troops participating in the recruiting program, CID Director Gregory Ford said. Those corrections include removing hundreds of names from the FBI’s crime database known as the Interstate Identification Index, a tool used widely in the United States for job-related background checks and security clearance adjudication and during firearms purchases.

“It is clear we fell short in a large number of the investigations,” said Ford, who in September 2021 became CID’s first civilian director. “We are dedicated to completing a review of our processes, policies and training to ensure that such errors do not ever occur again.”

The CID director told reporters that he expected the vast majority of the agency’s review of some 1,900 individual cases to be completed by the end of 2022.

Ford launched the new probe of the old investigation in June after learning some former soldiers had contacted CID under the belief their information was wrongly included in the FBI database. Former soldiers swept up in the probe have reported they had been held up from promotions in the military, rejected or fired from civilian jobs or denied concealed weapons permits after their information was discovered in the database, according to a 2020 review of the CID investigation published by St. Mary’s University School of Law.

Ford encouraged anyone who believes their information was wrongly reported to the FBI database or included in other Pentagon databases to contact CID via its criminal records center website at www.cid.army.mil/crc.html.

While Ford admitted CID’s wrongdoing in the cases, Army Lt. Gen. Douglas Stitt, the service’s personnel chief, said his office would ensure the correction of military records. However, the officials would not say whether the Army was prepared to financially compensate individuals wrongly listed in the FBI database.

Stitt said he was committed to helping those who were wronged. He said affected individuals could perhaps file “a claim” for problems that they have faced while in uniform or after separating from the service.

“We're just trying to do the right thing,” Brig. Gen. David Mendelson, a top Army lawyer, said. “This is about dignity and respect. For those who have been maybe wrongly noted in the FBI index — this is correcting the record, and it is providing a forum and an opportunity for those included to seek the remedy they need.”

The problems stem from the massive CID investigation launched in 2012 into the Army National Guard’s and Reserve’s Recruiting Assistance Programs, which paid mostly part-time soldiers up to $2,000 for providing recruiters information that led to people enlisting in the service. The programs were launched in 2005, as the Army sought to drive up its Reserve component recruitment efforts that had been hindered by deployments of National Guard and Reserve soldiers to the wars in Afghanistan and Iraq.

The Army said some 109,000 National Guard members helped recruit more than 139,000 people into the service via the program. But CID was made aware in some cases individuals were collecting payment through the program for signing up new recruits with whom they’d never spoken.

An Army audit and the eventual CID probe found recruiters and some National Guard members had benefited improperly from the program, officials said. Another service audit found the contractor-run program was plagued with other issues, including overpayments to some soldiers and little oversight of the contractor by Army officials.

Eventually, 137 troops were prosecuted in civilian courts for fraudulently receiving compensation via the program and 286 soldiers received nonjudicial punishments for their roles in the scam, Ford said.

The U.S. government recouped nearly $500,000 in improper payments and soldiers paid some $60,000 in fines for their roles in the scam, but Defense Secretary Ash Carter in 2016 suspended Pentagon efforts to retrieve money paid to soldiers via the program after pushback from U.S. lawmakers. Some of those lawmakers argued many soldiers who received bonuses did not know they were overpaid.

What remains unclear is why hundreds of soldiers who were cleared of wrongdoing during the investigation were never removed from the Pentagon’s internal investigative database or from the FBI database. Ford said the ongoing review would not determine what led to those problems.

The review comes as the National Guard has openly considered developing a similar recruiting bonus program, after the Army National Guard — like the Army’s active-duty component — fell short in fiscal 2022 of its annual recruiting goal.

Army Gen. Daniel Hokanson, the National Guard’s top general, said last month that he would like to see a bonus program return to the Guard with proper checks and balances to avoid fraud.

Ford said Thursday that the ongoing review was directly linked with ongoing reform efforts at CID launched last year that led to his own hiring. CID had previously been commanded by a two-star Army general.

The agency had come under fire in recent years largely over its handling of sex crimes and the killing of Fort Hood Spc. Vanessa Guillen, which led Army leaders to reorganize the agency.

“CID is committed to being transparent and correcting any errors made,” Ford said. “And that isn’t just for this specific investigation, but we are committed to transparency across the board as we conduct our investigative mission.” 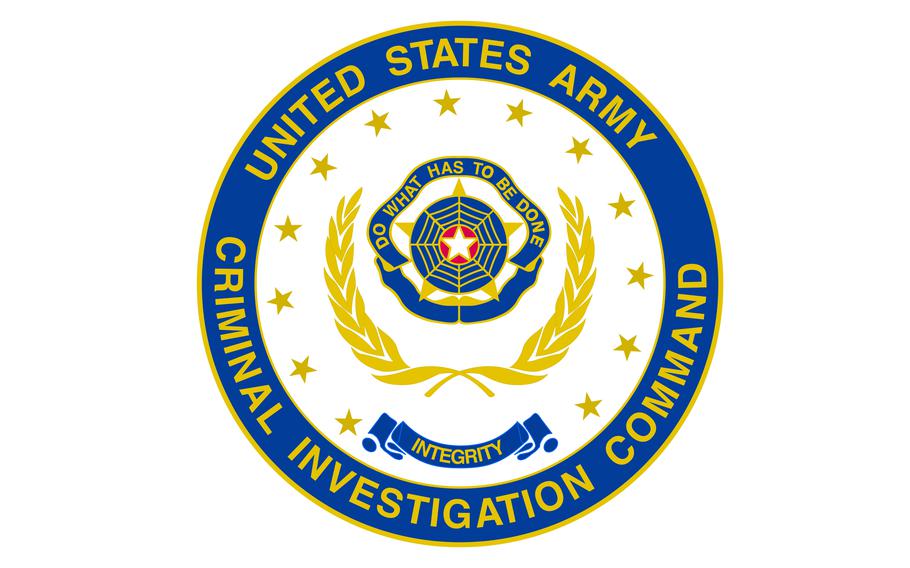