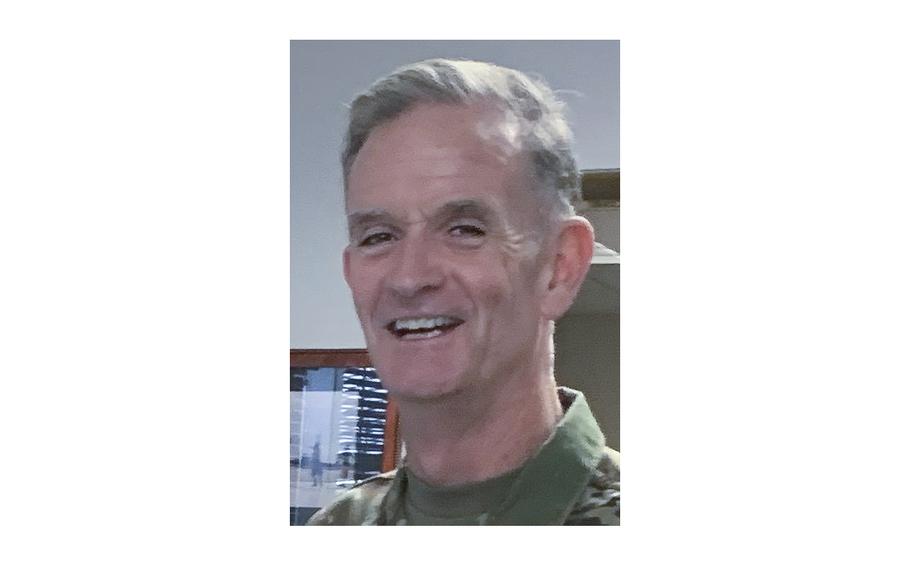 WASHINGTON — The White House rejected a recommendation by senior Pentagon officials to promote an Army general who came under intense scrutiny after the Pentagon's slow response to the riot at the Capitol, defense officials said, pushing the officer to a near-certain retirement.

Lt. Gen. Walter E. Piatt, the director of the Army staff, was backed to become the four-star general at Army Futures Command by Defense Secretary Lloyd Austin and Army Secretary Christine Wormuth — both of whom were appointed by President Biden — and Gen. James McConville, the Army's top officer, said two defense officials, speaking on the condition of anonymity due to the sensitivity of the issue. The White House declined to send a nomination for Piatt to the Senate for months, the officials said, effectively killing the possibility.

Piatt has agreed to stay in his present position for several more months at the request of McConville and Wormuth, and "has the full trust and confidence of Army senior leaders to execute the immense responsibility this position requires," Army spokeswoman Cynthia Smith said. "With almost 40 years of active service, Lt. Gen. Piatt is eligible to retire this year but will remain as Director of the Army Staff until next summer."

Piatt, through a spokesperson, declined to comment. The White House in September nominated another officer, Lt. Gen. James Rainey, to lead Futures Command and quickly gained confirmation for him. Rainey was promoted to four-star general and took over at Futures Command in Austin this month.

Defense News reported in September that Army officials feared Piatt's candidacy for the position was in trouble, and Rainey took the job the following month after it sat open for nearly a year. But some senior Pentagon officials were sympathetic to Piatt and disappointed he was denied, defense officials said.

"He absolutely got jammed up by the politics," one official said, speaking on the condition of anonymity because of the sensitivity of the issue. "This administration is willing to take risk on a lot of issues, but you could tell this wasn't going to be one of them."

The decision marks a rare instance of White House officials rejecting the Pentagon's pick for top generals. A recommendation for a four-star position in the Army is considered by senior military officials in the service, approved by the Army secretary and then reviewed by the defense secretary before it is sent to the White House.

The situation marks the latest fallout stemming from the attack on Congress on Jan. 6, 2021, in which thousands of people descended on the Capitol at the suggestion of former president Donald Trump to disrupt Congress as it moved to certify the election win of Joe Biden.

The decision also marks another minefield for Army leaders who have sought to avoid dragging the service into partisan politics. That has proved difficult on numerous occasions, as Pentagon officials fend off allegations from Republicans that they are forcing the military to be "woke" by requiring vaccination against the coronavirus and adopting new diversity programs.

Piatt found himself in political crosshairs within days of Jan. 6 after former Capitol Police chief Steven Sund, who resigned after the attack, accused the general of saying in a key meeting during the riot that he could not recommend to his boss at the time, Army Secretary Ryan McCarthy, that the D.C. National Guard be deployed to help police quell the violence. Piatt, Sund said, exasperated other senior U.S. officials on a conference call by expressing concerns about how it would look if military personnel responded.

Piatt initially denied Sund's allegations in a statement but acknowledged in a call with reporters about two weeks later that he had conferred with others who were present that it was possible he made comments to that effect. In sworn congressional testimony, Piatt said in June 2021 that senior Army officials "all immediately understood the gravity of the situation" but still needed to develop a plan before dispatching armed personnel into the fray.

"I communicated this on the conference call, but those on the line were convinced that I was denying their request, despite [me] clearly stating three times that, 'We are not denying your requests. We need to prepare a plan for when the secretary of the Army gains approval,' " Piatt testified.

The White House's treatment of Piatt differs from the hands-off approach it had to the promotion of another senior officer involved in the response, then-Lt. Gen. Charles Flynn. Flynn was the Army's deputy chief of staff for operations, plans and training when the Capitol was assaulted, and is the brother of retired Lt. Gen. Michael Flynn, a former Trump administration official who suggested before the Capitol attack that Trump should declare martial law and have the U.S. military run a new election.

There is no indication that Charles Flynn shares his brother's extreme views, and senior defense officials have publicly and privately defended him as a bright leader who is loyal to the Constitution.

Flynn was promoted and allowed by the Biden administration to assume command of U.S. Army Pacific in early June 2021.

A key difference between the fate of the two generals' careers was timing, defense officials said: While Piatt had not yet been nominated for a promotion when the assault on the Capitol happened, Flynn already had been confirmed by the Senate in December 2020, before the attack.

Army officials falsely denied for days that Flynn was not present at the meeting with Piatt, but Flynn ultimately said in a statement that he "entered the room after the call began and departed prior to the call ending" because he thought a decision to deploy the Guard was imminent.

Days after being promoted, Flynn testified alongside Piatt before the House Oversight Committee and said he was "shocked and angered" when he first learned of the attack on the Capitol a few minutes before Congress was breached. Piatt repeatedly assured others on the conference call that he was not denying their request and that he needed approval from more senior defense officials to help.

Dueling narratives about the Pentagon's response to the assault still exist.

William Walker, who served as the two-star general of the D.C. National Guard during the attack, testified in March 2021 before the Senate's Rules Committee and its Homeland Security and Governmental Affairs Committee that restrictions placed on him by the Pentagon in the run-up to the riot and lag time in decision-making at the Defense Department prevented him from more quickly sending forces to assist police at the Capitol.

Without those directives, Walker testified, he could have sent about 150 National Guard members within about 20 minutes.

"I believe that number could have made a difference," Walker testified. "We could have helped extend the perimeter and helped push back the crowd."

A Defense Department Inspector General report released in November 2021 cleared senior Army leaders of any wrongdoing during the assault and laid out the disagreement between Piatt and Walker in greater detail. Witnesses told investigators that Walker was asked by Piatt and Flynn for an operational plan, and told the generals that he wanted to get National Guard members onto buses to the Capitol and take direction from police officials.

"It would be like me saying, 'Go to Baghdad and just find somebody and see what they need,' " Piatt said in his interview with investigators, according to the report.

The report stated that Walker was directed twice by Pentagon leadership to send in troops before responding. McCarthy first informed him by phone at 4:35 p.m. that he had approval and then called Walker again about 30 minutes to "reissue the deployment order," one anonymous Army witness told investigators. McCarthy declined to comment.

Walker demanded a retraction of the inspector general's report after it was released, saying that it was inaccurate and that he was not given a chance by investigators to respond to the allegations. He first received approval at 5:08 p.m., he said, about three hours after Congress was breached.

After the release of the inspector general report, Walker's former staff judge advocate, Col. Earl Matthews, sent a 36-page memo to the House that called Flynn and Piatt "absolute and unmitigated liars" in how they characterized the military's response to the attack. The memo, first reported by Politico, accused the Army of creating "an alternate history" of events that was "a revisionist tract worthy of the best Stalinist or North Korea propagandist."

Walker, reached by email, said he did not have a reaction to the White House bypassing Piatt for promotion. His past testimony, as well as that of Sund and D.C. Police Chief Robert J. Contee III, is "accurate and unambiguous," he said.

Walker said that Matthews's memo "speaks for itself" and that he concurs with it.