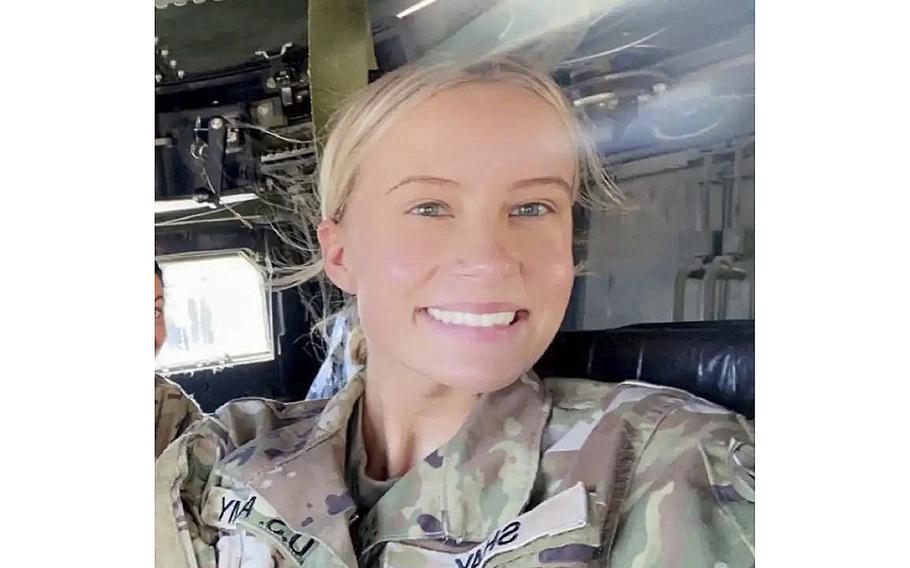 Spc. Mackenzie L. Shay, 20, was killed in a crash. on Saturday, Oct. 22, 2022. The accident occurred at Fort Indiantown Gap in southeastern Pennsylvania, involving a pair of cargo vehicles during a training exercise. (Facebook)

WASHINGTON — A crash involving a pair of cargo vehicles during a training exercise near the headquarters of the Pennsylvania National Guard left one soldier dead and three others injured, Guard officials said Monday.

The accident occurred Saturday at Fort Indiantown Gap in southeastern Pennsylvania. The installation, about 25 miles northeast of Harrisburg, is a National Guard training center and serves as the headquarters of the Pennsylvania National Guard.

The state’s Department of Military and Veterans Affairs is also headquartered at Fort Indiantown Gap.

Officials at the installation said the troops were aboard two cargo trucks, known as Light Medium Tactical Vehicles, as they conducted a supply mission exercise between ranges in a remote part of the training area.

Spc. Mackenzie L. Shay, 20, was killed in the crash. Shay was an Army petroleum supply specialist assigned to the 28th Infantry Division’s G Company in the 128th Brigade Support Battalion.

Three other troops were injured but not seriously, Guard officials said. They were all treated and released at a hospital in Hershey about 10 miles to the southwest.

“Our thoughts and prayers are with Spc. Mackenzie Shay’s family, friends and colleagues after this tragic accident,” Army Maj. Gen. Mark Schindler, adjutant general of the Pennsylvania National Guard, said in a statement. “Our priority right now is taking care of the family and soldiers, ensuring they have all the resources they need during this critical time.” 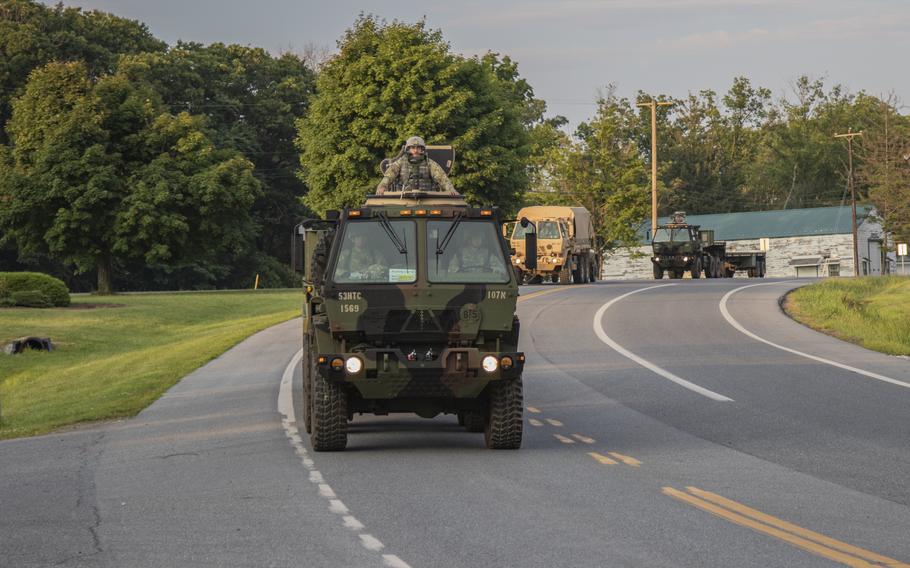 The training accident is under investigation.

The base, formerly known as the Edward Martin Military Reservation, was built in 1931 and later demobilized close to 500,000 U.S. troops following the end of World War II before they returned to civilian life.

In July, Fort Indiantown Gap welcomed its first cadet class from the Keystone State ChalleNGe Academy, an educational program designed to help at-risk youth as part of the National Guard’s Youth ChalleNGe Program. The academy is based at the installation.