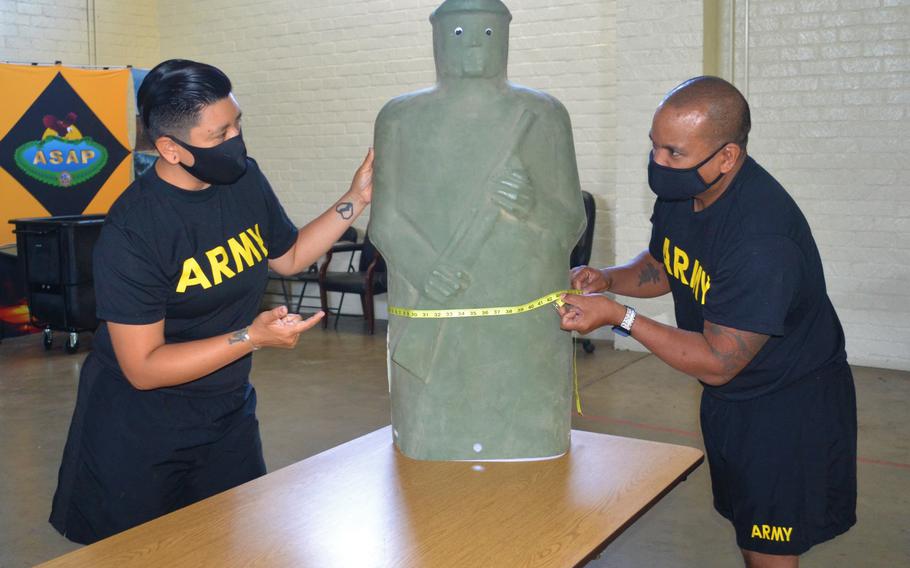 Soldiers demonstrate how to perform a waist measurement during a height and weight test June 3, 2020. The service’s senior enlisted leader proposed that soldiers who score a 540 or higher on the Army Combat Fitness Test won’t need to be measured against the height and weight standards. (Fernando Ochoa/U.S. Army)

Troops who score high on the Army’s fitness test could soon be exempt from the tape measure test for height and weight balance, the service’s top enlisted soldier said this week.

Sgt. Maj. of the Army Michael Grinston is proposing that soldiers who achieve a 540 or higher on the Army Combat Fitness Test won’t be measured against the service’s height and weight standards. A perfect score on the fitness test is 600.

“If you score high on the AFCT, you should be good,” Grinston told soldiers Wednesday during the Association of the U.S. Army’s 2022 annual conference in Washington. 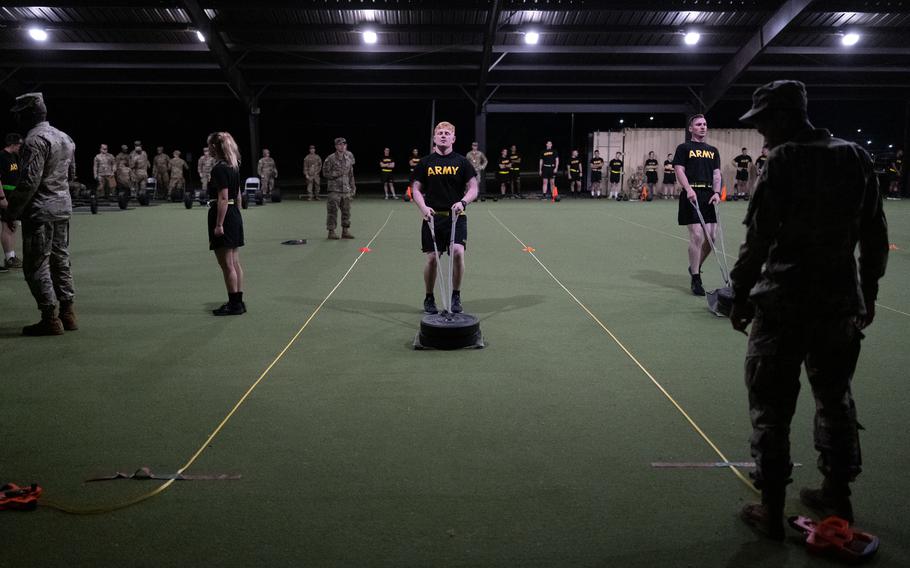 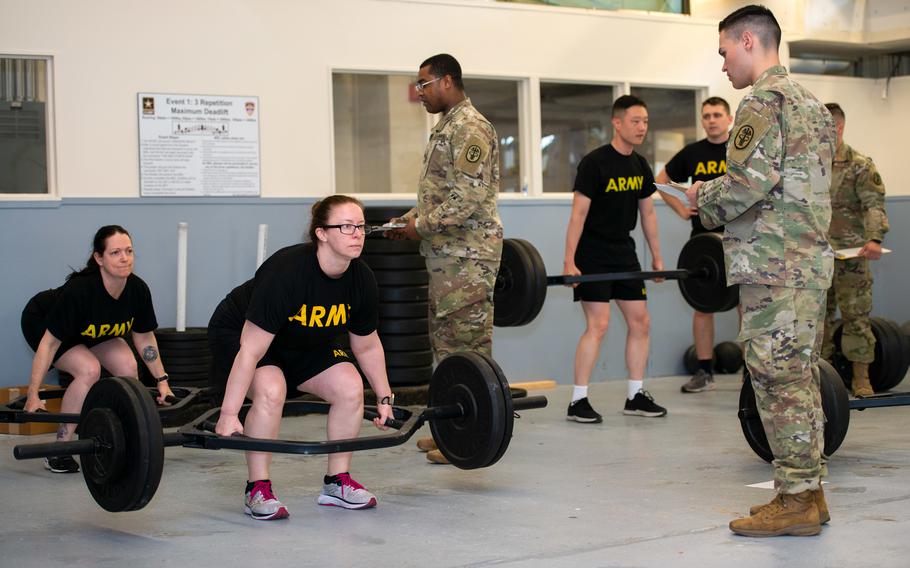 Soldiers perform the deadlift under the observation of graders as part of their participation in a diagnostic Army Combat Fitness Test, held April 13, 2020, at Aberdeen Proving Ground, Md. (Graham Snodgrass/U.S. Army)

Grinston said he doesn’t envision changes to the Army’s height and weight body composition standards, which have been studied by the service.

“The data shows the height and weight tables are correct,” he said.

Measuring body composition is relevant because people with excess body fat are at higher risk for injury, Grinston said.

Some critics of the body composition test argue that it is not an accurate assessment of fitness and doesn’t take into account all body types.

If a soldier’s weight exceeds the standards, parts of the body such as the waistline are measured for excess flab and proper body composition.