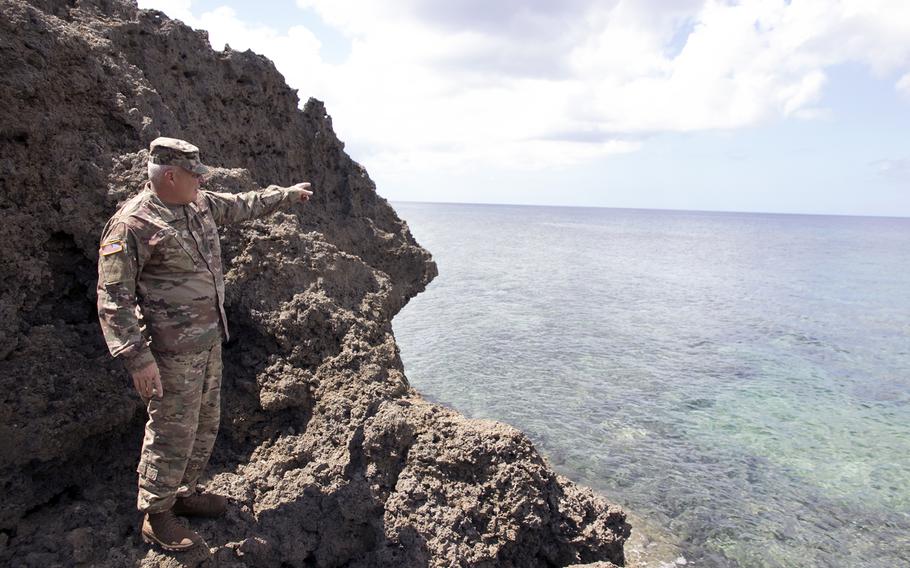 TORII STATION, Okinawa – A U.S. Army officer was recognized for rescuing three people from a riptide at a popular Okinawa dive spot in an episode that apparently killed a well-known Japanese manga artist.

Maj. Robert Bourgeau, 49, of Missoula, Mont., the deputy operations officer for the 10th Support Group at Torii Station in Yomitan, was nominated by his command last month for the Soldier’s Medal for his actions during the July 4 rescue at Mermaid’s Grotto in Onna. The medal recognizes acts of heroism not involving actual conflict with an enemy.

Kazuki Takahashi, 60, the creator of the popular Japanese manga series “Yu-Gi-Oh!,” attempted to aid Bourgeau in the rescue, unbeknownst to the American, and drowned in the process, a pained Bourgeau told Stars and Stripes on Oct. 3.

"You play that ‘what if’ game a lot," Bourgeau said. "This guy had a huge impact on the world."

The Coast Guard spokesman declined to confirm Takahashi's participation in the rescue attempt, however, his actions that day are detailed in several sworn witness statements provided by the Army.

Bourgeau, a scuba diving instructor, met a pair of students at Mermaid's Grotto at just after 2 p.m. that day.

"The conditions were really, really rough,” he said.

Bourgeau spotted a Japanese woman calling for help, he said. She pointed toward her daughter, 11, and a U.S. soldier, 39, who were trapped in a rip current about 100 yards from shore.

The rip current was sucking the pair out, but incoming six-foot waves were crashing on them, creating a whirlpool effect, Bourgeau recalled. Still wearing his running shoes, he and one of his students made their way out to the snorkelers through shallow water while the other student called emergency services. 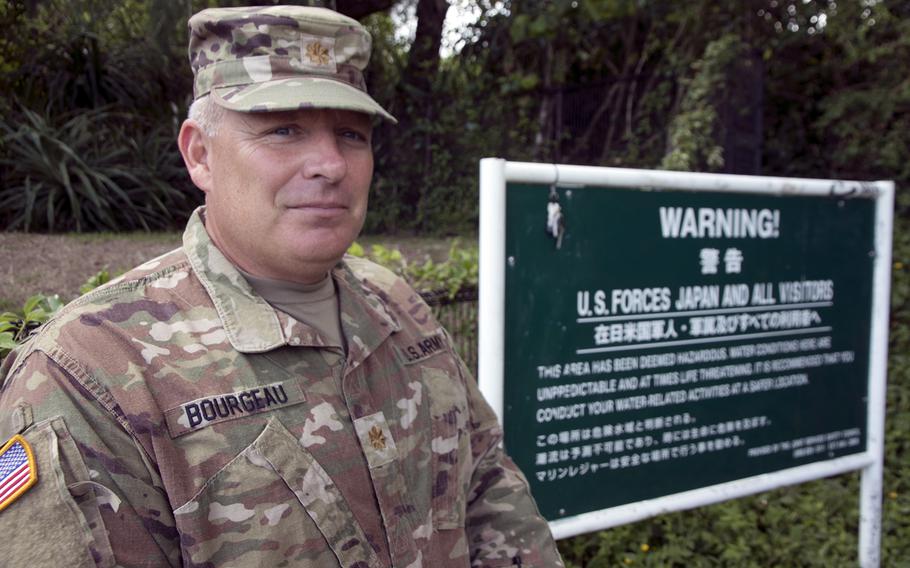 Army Maj. Robert Bourgeau, the deputy operations officer for the 10th Support Group at Torii Station in Yomitan, Okinawa, has been nominated for the Soldier’s Medal for his actions during a July 4 rescue at Mermaid’s Grotto. (Matthew M. Burke/Stars and Stripes) 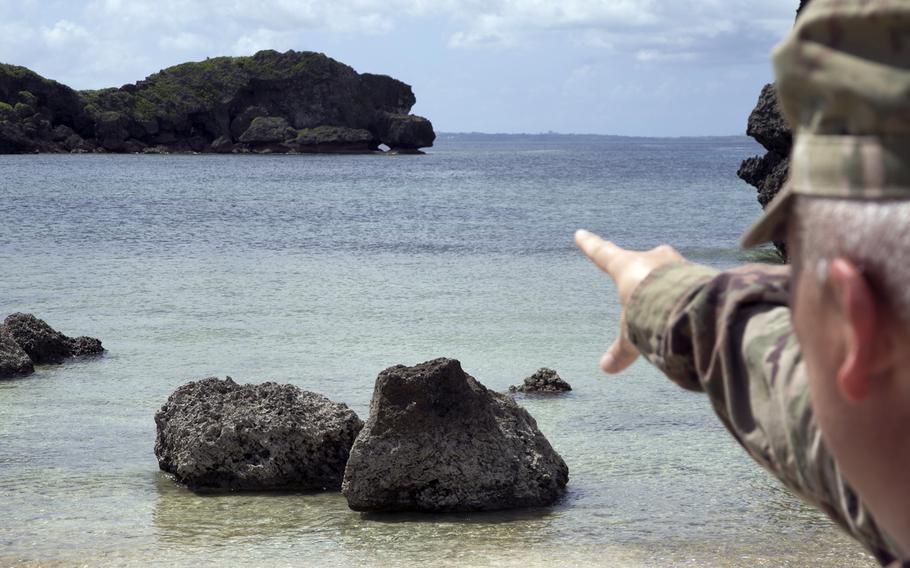 Bourgeau jumped into the rip current and sped out to the girl, but was quickly exhausted as he worked to bring her toward the shallows, he said. Then he encountered her mother who had somehow been sucked into the swirling waters as well.

“I grabbed mom and I grabbed [the girl] and I just kicked for all life,” Bourgeau said.

At some point during the rescue, Takahashi entered the water, Bourgeau said. He said he didn't see the Japanese icon during the ordeal. Bourgeau's students caught glimpses of him until he disappeared beneath the waves.

"He's a hero," Bourgeau said of Takahashi. "He died trying to save someone else."

Bourgeau said he got the women into the shallows and returned for the soldier. He tried to help him out of the whirlpool but was soon out of energy and in danger of drowning himself.

“That was one the hardest things I have ever had to do, I let [the man] go so I could save myself,” he wrote in his witness statement that the Army provided.

“I didn’t think I was going to make it,” Bourgeau said, adding that he thought about his children. His student barked words of encouragement.

Somehow, Bourgeau found his last bit of strength and made it out, he said. He was then able to direct the soldier out of the whirlpool and onto the shore.