The Army began testing residential water wells in October 2021 near the training center for PFOA and PFOS. Both chemicals are abundant in a fire suppressant used until 2014 at the training center and are toxic to humans in small doses and over long periods of exposure.

In early September, the Army finished its third phase of testing. Out of the 300 wells tested during the three phases, 62 wells providing water to 87 residences were found to contain levels of the two chemicals that exceed the Environmental Protection Agency’s health advisory of 70 parts per trillion.

During a media briefing at the Yakima Training Center on Thursday, Lt. Col. Tim Horn, commander of the YTC, said all affected residents who chose to opt in were receiving approximately 7 gallons worth of water bottles per person per week.

With the third phase of testing now finished and no further testing scheduled to happen, Horn said the Army is looking at long-term solutions to give residents access to potable water.

Horn said the contracted company would visit each affected home and consult with residents to evaluate their water usage and needs. With this information, Horn said a solution tailored to each home would be presented to residents.

While Horn said any and all solutions would be considered, three seem most likely to fit the needs of most residents.

The most practical one would be installing whole-house water filters with granulated activated carbon. This method has proved successful in scrubbing PFAS chemicals from drinking water.

Jake Williams, project manager with the Army Corps of Engineers, said the filters require annual maintenance and the occasional replacement of the carbon granules. He said the Army would be responsible for maintenance.

Digging deeper wells to reach uncontaminated aquifers as well as connecting houses to the nearest uncontaminated well or even a municipal water source are also options, Williams said.

PFAS is short for per- and polyfluoroalkyl substances, which are used in firefighting foam, nonstick frying pans, water-repellent sports gear, stain-resistant rugs, cosmetics and countless other consumer products. The chemical bonds are so strong that they do not degrade or do so only slowly in the environment and remain in a person’s bloodstream indefinitely. They have been voluntarily phased out by U.S. manufacturers.

An interim health advisory released by the EPA in June 2022 changed what the agency considers to be a safe amount of PFOS and PFOA in drinking water.

While its 2016 advisory stated both chemicals were toxic in concentrations of 70 parts per trillion or greater, the 2022 interim advisory lowered that number to near zero.

Horn said since these numbers are interim, the Army will continue to follow the guidance of the EPA‘s 2016 advisory levels until the EPA releases a PFAS new drinking water regulation. The change is expected toward the end of 2022 and should be finalized sometime in 2023.

“The DoD ( Department of Defense) is waiting for the EPA to release a regulatory drinking water standard. ... They’re still analyzing those numbers, the EPA‘s advisory board is looking at those numbers so the DoD is just waiting for that standard,” Horn said.

Horn said the Army is prepared to deal with any eventuality, including providing aid to more homes when the EPA releases its drinking water regulation.

In addition to waiting for the EPA‘s new regulations, Horn said current PFAS testing methods cannot detect less than 4 parts per trillion worth of chemicals in water, making the implementation of EPA‘s interim advisory difficult, since test results lower than 4 are not as reliable.

Based on test results made available by the Army, upwards of 50 more wells could meet the EPA‘s new regulatory standard for dangerous levels of PFAS.

“We live here, we work here as well, it’s our community and we’re trying to do the best by the folks outside (residents waiting for the open house to start),” Horn said.

In the meantime, the Army is looking for contractors to start a remedial investigation that would search for the extent to which PFAS chemicals have seeped into the ground, horizontally toward areas like Selah and Yakima, as well as vertically to see how deep the chemicals have reached into the earth.

During the open house, residents had the opportunity to speak with Army officials and ask questions.

Jim and Betty Craig, whose house tested below the Army’s aid threshold, said they felt they had more questions than answers despite attending the open house.

“The first question I have is, ‘Do I have to report if my well is partly contaminated? If I sell the property, would I have to do that?’ I asked if the Army has seen a correlation between contamination levels and the depth of wells. They said they don’t know, and they haven’t looked into it yet,” Jim Craig said.

The couple’s well feeds to four houses, some of which their children and one of their immunocompromised grandchildren live in.

In lieu of aid from the Army, he said he installed filters in his refrigerator and his faucets to avoid drinking PFAS-contaminated water.

Other residents such as Steve Wood, whose well tested below 70 parts per trillion, said he wants to know how close his well is to the nearest contaminated well.

He wants to know if he should consider moving or if he can even move at all if he has to disclose the PFAS in the water when selling his home.

“I don’t care how you look at it, but that’s wrong. All of us that are neighbors, we have a right to know what’s next door. How close is that well to me? Do I need to put in that high-dollar filtration system in? Because if it’s next door, it’s going to be here before long,” Wood said.

The Army is gauging interest in a Restoration Advisory Board for residents who want to be involved in finding a long-term solution or who just want to have their voices heard.

“There is a certain standard for the Restoration Advisory Board, we don’t know if that’s going to work here but we’re continuing community outreach whether that’s quarterly meetings or meetings every six months,” said Lally Laksbergs, a public affairs specialist with the Army Environmental Command.

Laksbergs said residents interested in joining the advisory board should reach out to the Yakima Training Center via phone at 509-577-3205 or Facebook to express their interest.

Santiago Ochoa’s reporting for the Yakima Herald-Republic is possible with support from Report for America and community members through the Yakima Valley Community Fund. For information on republishing, email news@yakimaherald.com. 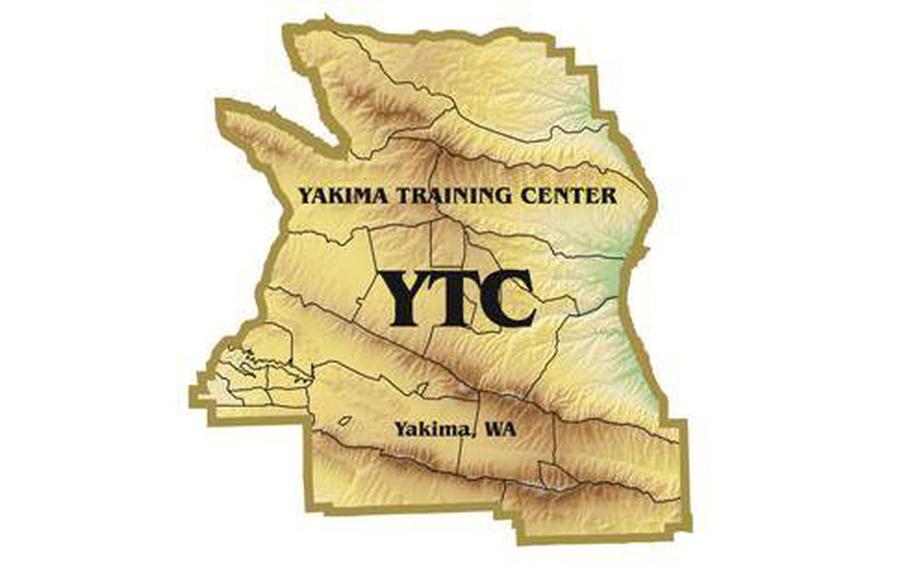