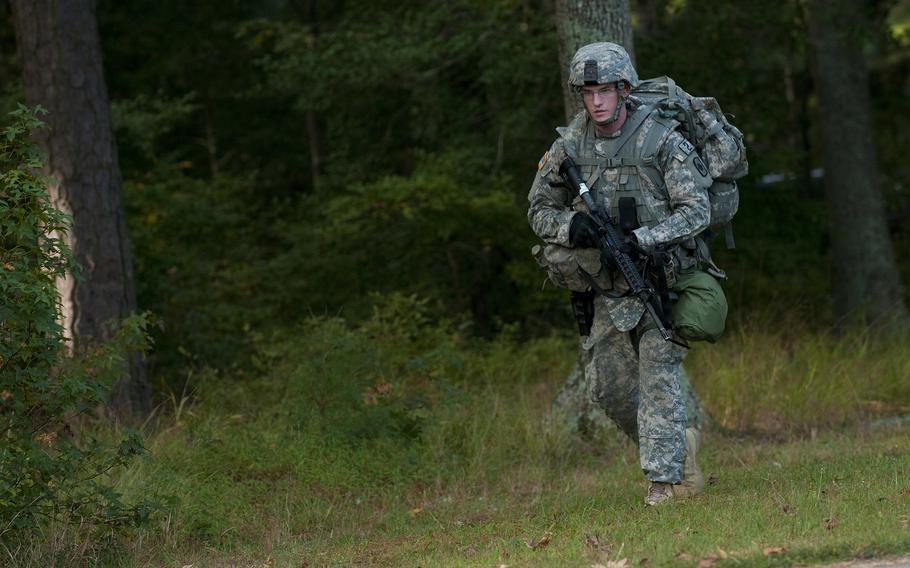 The Army’s new personnel management system needs to be in place before leaders can begin fulfilling a promise to ease the transition of an active-duty soldier into a Reserve status, Lt. Gen. Jon Jensen, Director of the Army National Guard, said Monday. (Darron Salzer/Army National Guard)

The Army’s new personnel management system needs to be in place before leaders can begin fulfilling a promise to ease the transition of an active-duty soldier into a Reserve status, Lt. Gen. Jon Jensen, Director of the Army National Guard, said Monday.

“It’s that ability as a soldier to move across [components] — active, Guard and Army Reserve — and what obstacles can we remove to allow that be easier,” Jensen said during a call with reporters. He spoke alongside Gen. Andrew Poppas, who became commander of Army Forces Command about one month ago.

The two had just spoken to the annual conference of the National Guard Association of the United States about how to modernize and improve interoperability between the Army’s different components.

Moving from the National Guard to the active Army is relatively easy, Jensen said. Guard members can work directly through an Army recruiter. However, for an active-duty soldier to go to the Guard requires much more paperwork because of the Guard’s dual role with the federal government and the states.

“Once we’re on a common personnel system across all three [Army components], I think that’s really when we’re going to see this flourish and become a tangible for our soldiers,” Jensen said.

In January 2019, the Army began work on its new personnel system, Integrated Personnel and Pay System-Army, or IPPS-A. The next major update to the system, which was delayed earlier this month, will begin incorporating the active and Reserve components into the same personnel and talent management system. A future update will do the same for pay services.

Over the summer, the Army’s command sergeants major met to discuss ways to improve soldiers’ experiences in the Army, with one of the small groups dedicated to improved retention. Command Sgt. Maj. Shade Munday, of the 1st Cavalry Division, said that easing the transition from active to Reserve was part of their discussion.

“What if I’ve served for five years at Fort Hood, and the training cycle has been pretty extensive. Is there an option that I can go to the Texas National Guard, for example, for a couple years and then maybe come back? That’s what we’re looking at,” he said.

At the time, Munday said he had two soldiers who wanted to make the move to the National Guard, but were running into a number of roadblocks.

Making the transitions easier could also help the Army meet its recruiting goals — something the Army Reserve has not done for the past two years, according to online recruiting statistics. In fiscal year 2020, the Reserve met 86% of its goal and about 74% the following fiscal year.

The statistics for 2022 will be available after the close of the fiscal year on Sept. 30.