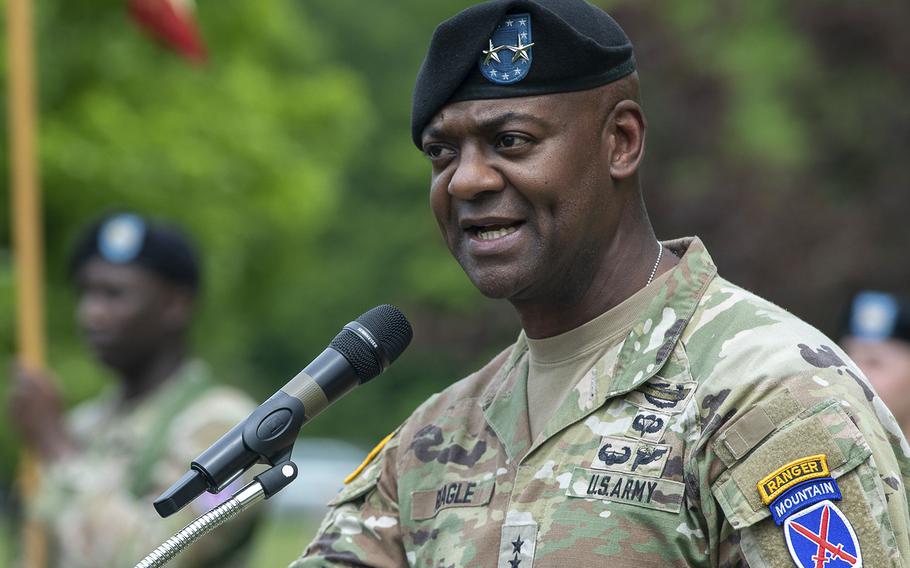 And the community can help Fort Drum get there, he told about 100 community leaders from the north country during an executive forum on Wednesday.

While Fort Drum is investing in better technology and infrastructure, Beagle stressed that the north country needs to help the military post continue to work toward advancing its strengths and opportunities by 2030 and 2040.

It comes at a time when the Army faces increasing threats from Russia and China.

“The effort is get us all together to see what’s coming forward,” he said, stressing the importance of retaining the special relationship between Fort Drum and the north country.

It’s the first time that anyone can remember that Fort Drum leaders brought such a large contingent of community partners together to talk about where the military installation is headed.

Just as it prepares for modernization, it comes at a time when the Army is losing more soldiers than it’s bringing in, Fort Drum officials said.

To overcome those challenges, Beagle said Fort Drum must be “more relevant.”

“As a community, we have to make sure that we have the best relationship we can,” he said.

Mr. Gray also said he came away with learning that Fort Drum is going through “the same kind of labor shortages everyone else is.”

He credited Beagle for coming up with the community forum just weeks before the general is leaving the north country for his next assignment.

In May, Fort Drum announced Beagle has been promoted to lieutenant general. He will take command of the Combined Arms Center at Fort Leavenworth in Kansas.

He assumes his new assignment on Sept. 9.