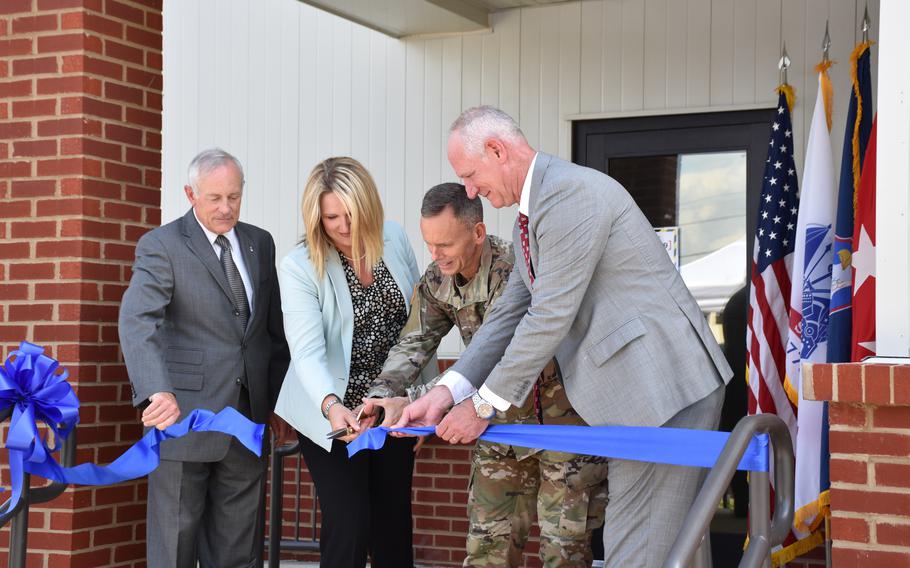 When the big garage-type door rolled up Monday on a tan building in a field off Redstone Arsenal’s main roads, the view was down a 400-meter cleared path ending in a small mountain of red Alabama dirt.

Before too long, the Army says directed energy beams that could include lasers will streak down this target range from two new Army test laboratories unveiled Monday.

The new labs shown to local officials and news media are part of meeting Redstone’s responsibility to develop and build high-energy lasers and possibly other high-power beams. These beams will be capable of shooting down threats in a new era when Russia is deploying supersonic missiles in Ukraine.

“You see some of the components we have that’s going to allow us to take everything from our software simulations and move that into some of our components and subsystems always doing verification and validation of our capabilities,” SMDC commanding Lt. Gen. Daniel L. Karbler said. DESIL will also support “rapid development and fielding of future weapons systems,” the Army said.

The Army also unveiled a second facility at Redstone called the Air and Missile System Integration Laboratory, or AMSIL. That new lab is larger than DESIL and designed to rapidly move new weapons from testing to post-flight analysis. Soldiers will train here to fire the new weapons, the Army said.

The tour was conducted one day before the opening of the annual Space & Missile Defense Conference in Huntsville. Karbler said conference attendees will be hearing more about these weapons this week.