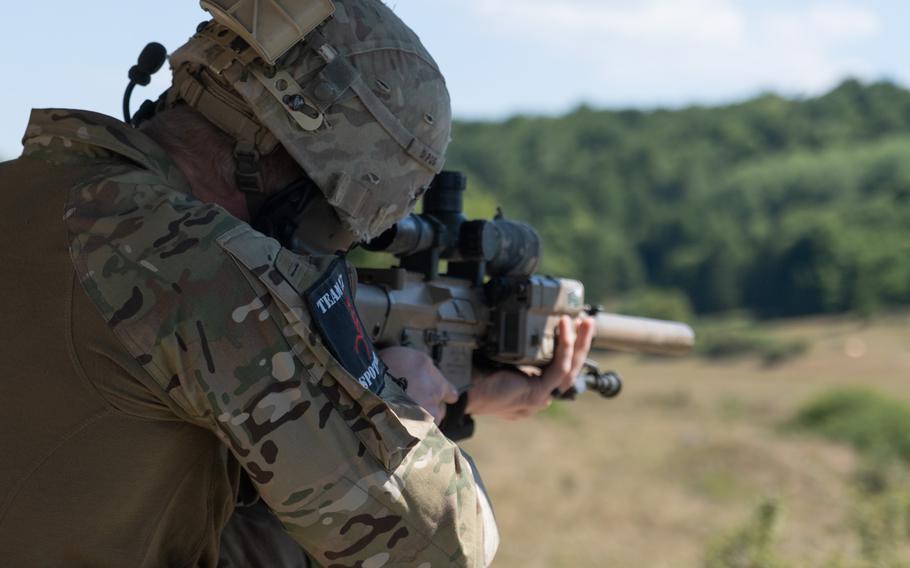 A U.S. soldier locates targets during the European Best Sniper Team Competition at Hohenfels Training Area in Germany on Aug. 8, 2022. Service members from 18 countries are vying for the title of best sniper in Europe. (Michael Slavin/Stars and Stripes)

HOHENFELS, Germany — Every one of the 72 competitors in the field at the local U.S. Army training ground the past few days is a long shot, and that’s precisely why they all have a chance at winning.

The European Best Sniper Team Competition got underway Friday at the Joint Multinational Readiness Center, bringing together 36 pairs from 18 countries.

Over the course of seven days and four nights, they will square off in a set of 10 events designed to test every aspect of the sniper teams’ effectiveness and adaptability.

Sgt. 1st Class Richard McLean, who coaches one of the teams, said the competition lets the top snipers in the European theater showcase and hone their skills.

Many of the challenges the competition participants face seek to simulate real-world occurrences and use historical combat situations involving snipers as a basis.

Monday’s event was based on the 1993 Battle of Mogadishu, in which two U.S. Black Hawk helicopters were shot down in the Somali capital. 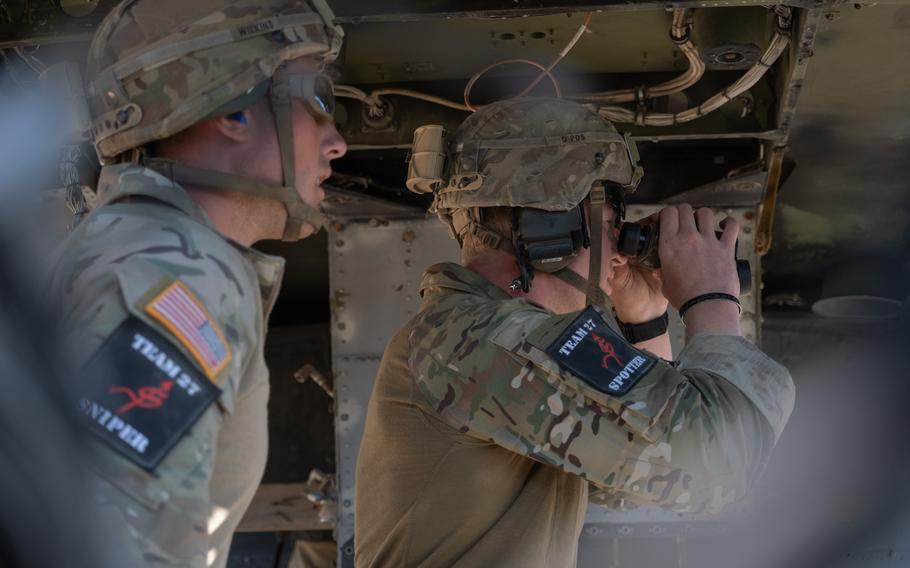 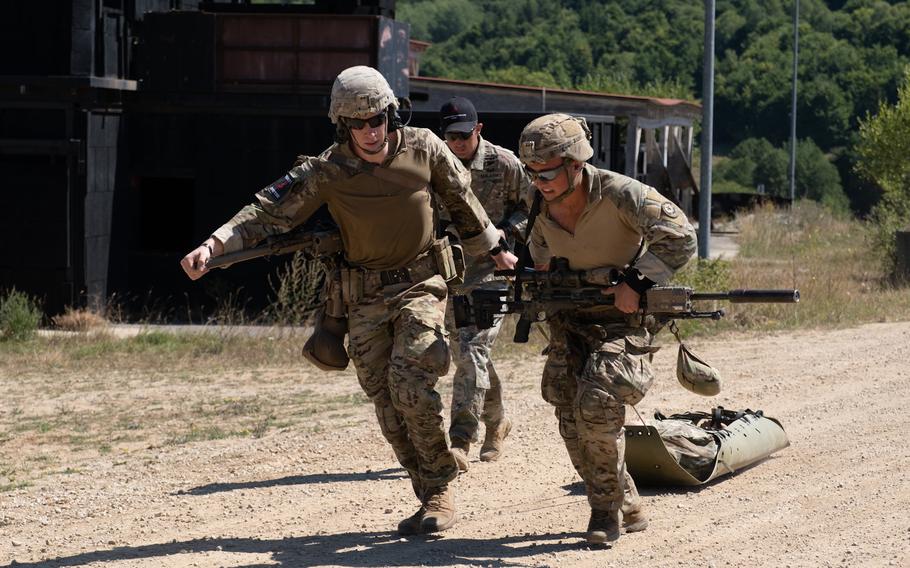 U.S. soldiers evacuate a pilot with simulated injuries as part of an event in the European Best Sniper Competition at Hohenfels Training Area in Germany on Aug. 8, 2022. (Michael Slavin/Stars and Stripes)

The battle was immortalized in Mark Bowden’s book “Black Hawk Down,” which film director Ridley Scott turned into a movie of the same name.

Five teams were involved in Monday’s challenge. Participants first shot at ground targets from a helicopter, and then they engaged in a pistol-shooting exercise on the ground.

Their final task of the event was firing at more ground targets from a helicopter in a mock crash scenario in which they also had to evacuate the injured pilot. A clock measured the time it took them to complete the overall course.

This year, Estonia and Cyprus are newcomers to the annual competition, which is hosted by the Grafenwoehr-based 7th Army Training Command.

In addition, this year sees the first ever multinational pairing in the competition, with a team consisting of a U.S. soldier and a counterpart from Lithuania.

“It has been fun to work with and learn from other NATO countries,” said Sgt. Cameron Wilkins of the Army’s 2nd Cavalry Regiment. “It is important for us to build these relationships to show us where we stand and try and get better at our jobs.”

The events are updated every year based on feedback from previous participants. Situations this year include trench warfare, shoots at unknown distances and stalking. The results and winners will be announced Thursday. 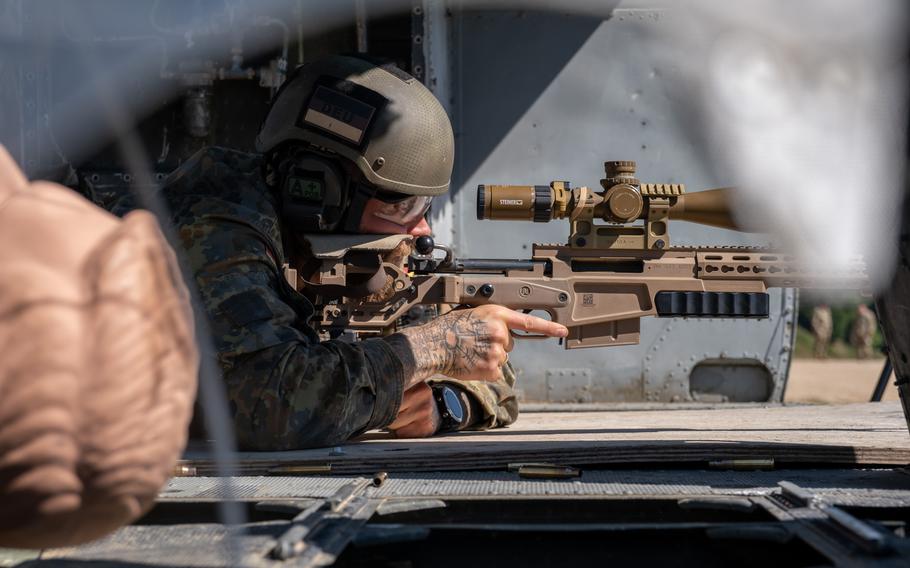 A German soldier sets sights downrange at Hohenfels Training Area in Germany on Aug. 8, 2022. Service members from 18 countries are taking part in a competition at the U.S. Army’s Joint Multinational Readiness Center that will crown the best sniper in Europe. ( Michael Slavin/Stars and Stripes)