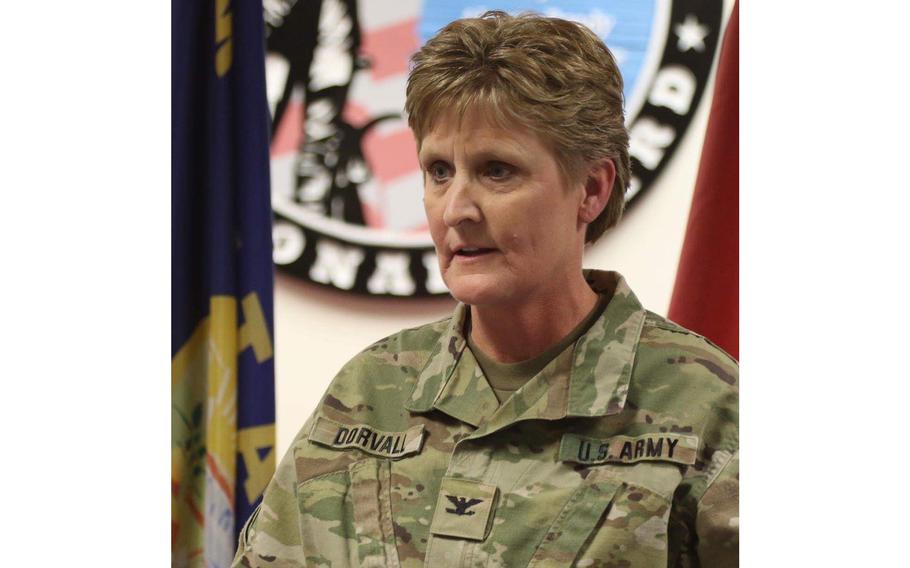 Emerson took over the post in 2018. He previously served as chief of staff for the Montana Army National Guard as well as deputy commanding officer then later commander of the 1889th Regional Support Group.

Emerson thanked his colleagues and family for their support of the years, but said during a speech at the event "really this morning is about the future."

"The future is here in Renea. She's ready. She's got great energy," he said before offering some parting wisdom. "The center of gravity in the Montana Army National Guard … it's our soldiers."

Emerson joined the Montana Army National Guard in 1987 and was commissioned through the University of Montana ROTC program in 1989. Emerson plans to retire at the end of August after 35 years of military service.

Dorvall joined the Montana Army National Guard in 1987 and was commissioned through the state officer school program.

She previously served as G3 director of operations and training and also as commander of the 1889th Regional Support Group over more than 2,200 soldiers.

Dorvall thanked her family for their support over the years and wished Emerson and his family "the best of luck."

"I challenge you to challenge me," she said. "We're a all-volunteer Army, so we owe our soldiers the best training we can give. So if you need additional resources to do that, challenge me to make that happen."