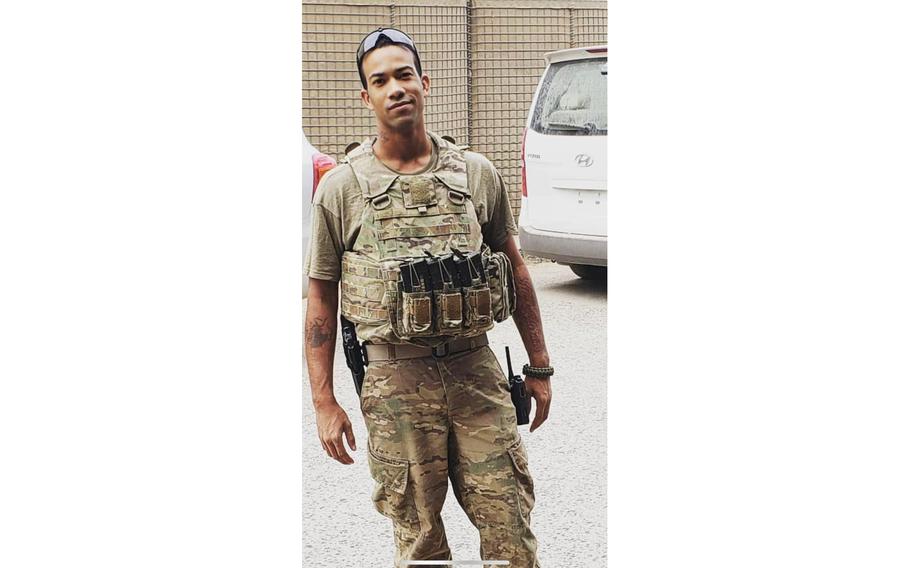 Staff Sgt. Keith Wright Jr., 29, a supply and logistics specialist for 3rd Special Forces Group at Fort Bragg, N.C., died Saturday, July 23, 2022, in a shooting in the nearby community of Pinebluff. Wright enlisted in the Army in 2012 and deployed twice for overseas operations. (Photo provided by Lakeisha Wright)

A 29-year-old soldier assigned to the 3rd Special Forces Group at Fort Bragg, N.C., died Saturday when he was shot at an off-base gathering in nearby Moore County, local police said.

Staff Sgt. Keith Wright Jr. was among five people shot at a gathering of more than 150 people in a remote area, according to the Moore County Sheriff's Office. The four other victims were treated for gunshot wounds.

Wright, a combat veteran from Petersburg, Va., enlisted in the Army in 2012 as a supply and logistics specialist, according to 1st Special Forces Command. He arrived at Fort Bragg in 2019 and was assigned to the 3rd Special Forces Group’s Headquarters Company.

“Keith was a team player and always willing to help his teammates in 3rd Group,” said Col. John D. Bishop, the unit commander. “He was a caring friend, a noncommissioned officer, and everyone that knew him understood how important his family was to him.”

Police were called to the scene in the small town of Pinebluff at about 3:28 a.m. Saturday after receiving reports of a shooting at 212 Primrose Path. At the site, which had two structures that were powered with a generator located at the end of a dirt path, police found Wright with gunshot wounds and he was pronounced dead at the scene.

Sheriff’s investigators arrested Malik Anthony Williams, 25, of Greensboro, N.C., on Tuesday and charged him with one count of first-degree murder. He was listed Wednesday as an inmate at the Moore County Detention Center with no bond. His first court appearance in Moore County District Court is Thursday.

The investigation is ongoing and sheriff’s investigators are seeking out additional witnesses who were present at the time of the shooting. Police have asked anyone with information to contact the Moore County Sheriff's Office at 910-947-2931 or provide information through the Anonymous Crime Tip Line at 910-947-4444.