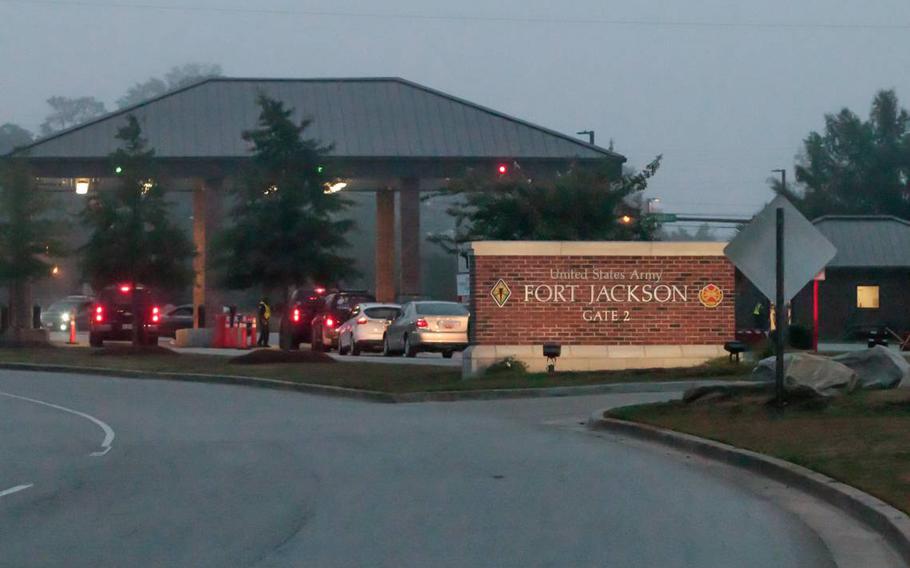 A fireworks show will return to Fort Jackson on July 2, 2022. (Tracy Glantz, The State/TNS)

The previously annual Independence Day event, last held in 2016, is scheduled to be held at the U.S. Army base in Columbia on July 2, officials said Wednesday in a news release.

Two free concerts, headlined by Breland, will precede the fireworks show, and all of the events are open to the public, according to the release.

“You asked for it and we have answered,” Fort Jackson Commander Brig. Gen. Patrick Michaelis said in the release. “For the first time in years, we invite everybody to celebrate Independence Day with us.”

The event will kick off at 6 p.m., Army officials said.

Breland is an American singer, songwriter and producer known for a hybrid of rap, R&B, gospel and soul music, according to the release. Some of his songs include “My Truck,” “Throw It Back,” and “Praise the Lord.”

Before Breland takes the stage, Brooks Herring is scheduled to perform. The U.S. Navy veteran is a guitar-playing, music-writing singer who performs “a multitude of multigenerational genres,” Army officials said.

There will also be food trucks and vendors with food and drinks for sale, as well as a kid zone with rides, officials said.

Anyone coming to the event is asked to use Gate 4, Boyden Arbor Road, to access Hilton Field, which will be open at 4 p.m., according to the release.

Small coolers will be allowed, along with lawn chairs, towels and blankets, officials said. There is a long list of prohibited items.

Additionally, random vehicle searches will be conducted at the gates.

“Fort Jackson hopes to honor our nation and also provide a great event for on post personnel as well as our partners and community members.”