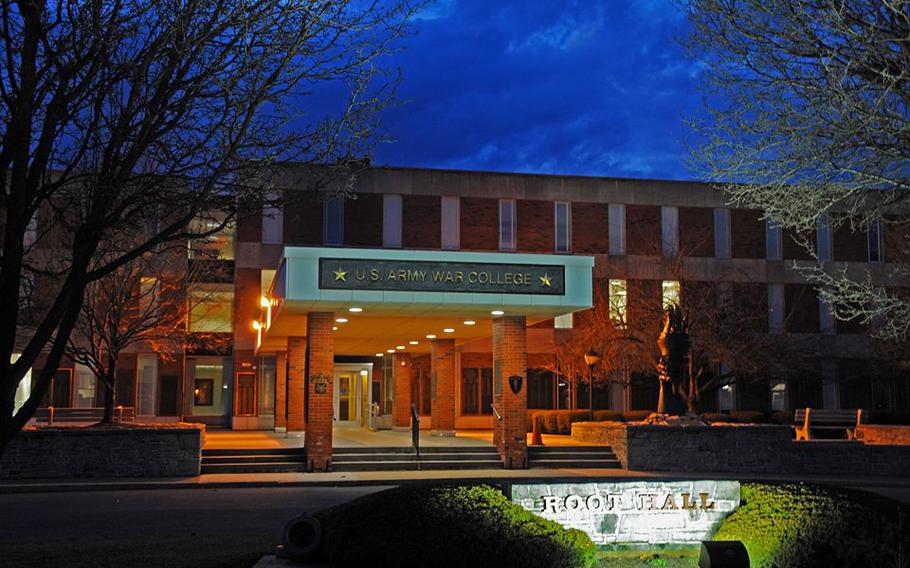 The Army War College at Carlisle Barracks needs about 20 volunteers from the community to sponsor members of the upcoming class of International Fellows. (U.S. Army War College/Facebook)

CARLISLE, Pa. (Tribune News Service) — The Army War College at Carlisle Barracks needs about 20 volunteers from the community to sponsor members of the upcoming class of International Fellows.

Every year, senior military officers from other countries attend the War College to participate in the resident program of strategic studies with their American counterparts.

Each sponsor is assigned to an officer to help that person settle in and adjust to life in the Carlisle area and the U.S., said Army Col. Brian Henderson, International Fellows director.

Sponsors may be called upon to answer questions, offer suggestions and help the student navigate the paperwork and process involved with obtaining a cellphone, a vehicle and/or an apartment.

"They're not living with you," Henderson said. "They have their own funds. You would be a resource to them. To be a sponsor, you need time. The biggest piece is welcoming them when they first arrive."

International Fellows tend to arrive in the Carlisle area in two waves every spring and summer. The first group consists of military officers who are enrolled in a preparatory course to work on their English language skills so they can be successful in a masters-level program.

"Almost all the International Fellows can speak English," Henderson said. "They are highly educated — the best from their military — hand-selected to be able to come to this school."

This year, that first wave arrived in April. A few of these officers have a sponsor team and could use a designated sponsor individual, Henderson said.

The next group of International Fellows is expected in late June. Volunteers are needed to help officers in this group. An information session for new sponsors is being organized for on or about June 21.

Volunteers interested in serving as sponsors can contact Henderson by phone at 717-245-3427 or by email at brian.j.henderson.mil@army.mil.

Each volunteer will be asked to fill out a short questionnaire, Henderson said. This information will be used by program organizers to match sponsors to International Fellows who have similar interests and family demographics.

Aside from helping with logistics, each sponsor is encouraged to be a goodwill ambassador to their assigned International Fellow and his or her family, Henderson said. "As they go forward, they build a relationship with the American way of life."

It is not unusual for a sponsor to accompany an International Fellow to a local venue like the farmers market in downtown Carlisle or to invite the officer over for such American traditions as Thanksgiving dinner. International Fellows often reciprocate by inviting sponsors over to dinner or an outing.

"The sponsor program allows these students to come here, have peace of mind and a good year to focus on their studies at the War College," Henderson said. "This is a strategically important program."