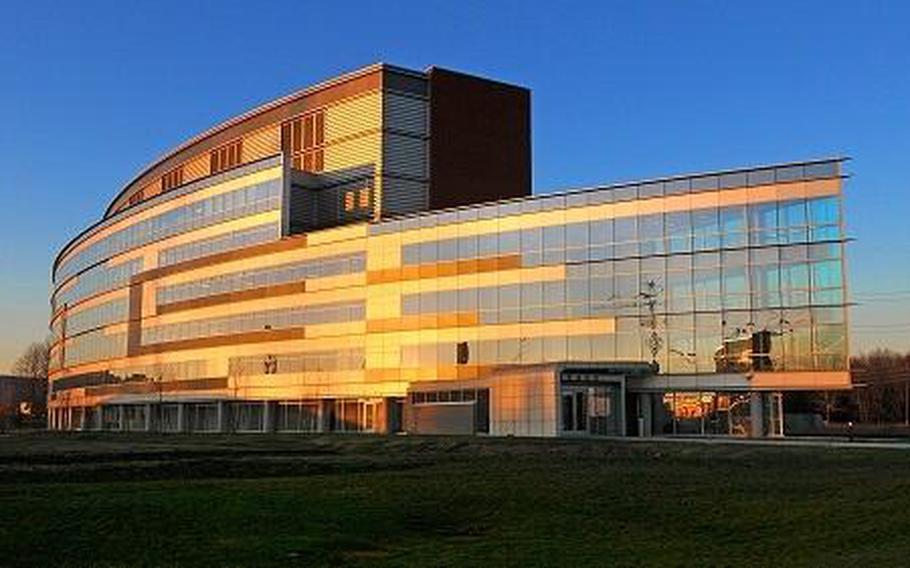 The U.S. Army Garrison on Fort Detrick will no longer provide guard services to the National Interagency Biodefense Campus starting in the late fall. (dhs.gov)

FREDERICK, Md. (Tribune News Service) — The U.S. Army Garrison on Fort Detrick will no longer provide guard services to the National Interagency Biodefense Campus starting in the late fall, according to a U.S. Army memo obtained by The Frederick News-Post.

Effective Nov. 1, the four agencies with sites on the Fort Detrick campus will be responsible for their own security needs, garrison spokeswoman Lanessa Hill said in an interview.

"This topic has been in discussion for some time," she wrote in a statement emailed to the News-Post. "The Garrison is working closely with the members of the NIBC and will not pull the Garrison provided guards until they have a solution."

Though each facility employs its own security, garrison security personnel currently staff the prescreening area that visitors and employees must pass through before entering the campus, Hill said.

They have done so since the early 2000s, around the time that the National Biodefense Analysis and Countermeasures Center came to Fort Detrick, she said.

But providing security to the National Interagency Biodefense Campus is not part of the garrison's mission, Hill said. The garrison no longer has the budget to continue this service, she said.

Each agency is currently determining its security needs and requirements, Hill said. The garrison will continue working with the agencies if they can't install the security that their sites need before November.

All members of the National Interagency Biodefense Campus were notified of the upcoming change in protocol in an April 28 memo from the garrison, Hill said.

The Frederick News-Post asked all members of the campus for comment on the garrison's decision. Two responded by Wednesday evening.

Brian Gaudet, a spokesman for the National Biodefense Analysis and Countermeasures Center, said his agency had no comment.

Caree Vander Linden, a spokewoman for the U.S. Army Medical Research Institute of Infectious Diseases, wrote in an email that the facility would not be affected by the change in protocol.

USAMRIID, which is housed under the U.S. Army Medical Research and Development Command, maintains a separate fenced-off campus from its National Interagency Confederation for Biological Research partners due to ongoing construction projects, Vander Linden wrote.