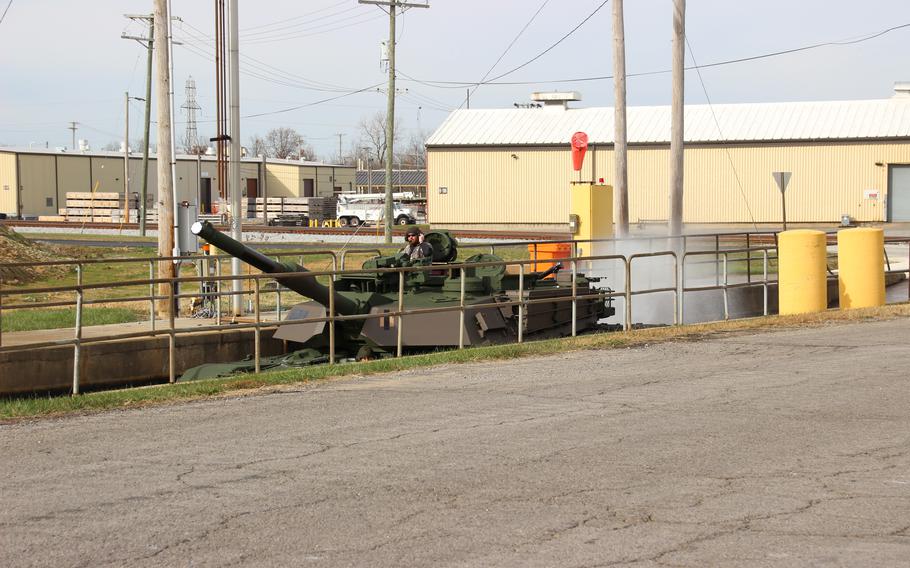 The Change of Responsibility ceremony is a tradition. The ceremony is an outward display for "all hands and public spectators" to know that there has been a shift in authority marking the end of one era of history at the facility and the beginning of a time of opportunity for future advancement.

Adkins is not a stranger to the JSMC. While serving in the Army, Lt. Col. Adkins commanded the JSMC immediately preceding the command of Kloppenburg. Previous to serving as commander, he served as the administrative contracting officer and program integrator at the JSMC. Most recently he served as the Senior Program Manager for the U.S. Air Force Special Operations Command. Now he begins service as the first civilian manager of the JSMC.

"I plan to do my best to get reacquainted with the mission here and the team, figure out what the Army's requirements are going forward, so we continue to provide world class combat capability to shield our warfighters and our allies that are out there in a place to fight and win. That's what it's all about."

Army Lt. Gen. David Bassett, director of the Defense Contract Management Agency, was the first to share his remarks: "What I see is a family that's dedicated. And I don't mean just the Kloppenburg family and the Adkins family. I'm talking about the JSMC Lima family. It's dedicated to this magnificent vehicle, the greatest expression of land power that the U.S. Army can deliver."

Kloppenburg addressed those at the JSMC one last time. "Though the ceremony signifies the transition of responsibility between two great services, the real story is about the loyal, resilient and dedicated employees on the facilities team who have patiently watched this effort evolve over the years, always tempering their anxiety of impending change."

The JSMC has a history that spans over 80 years. Originally, the Lima Army Tank Plant was activated in 1941. It then was used for World War II production. From 1952 to 1958 the facility was expanded during the fighting in Korea. In 1976 the site was chosen for the production of the XM-1 tank. In 2005, the Lima Army Tank Plant was renamed the Joint Systems Manufacturing Center and in 2010 the facility celebrated 30 years of making the Abrams tank at the facility.