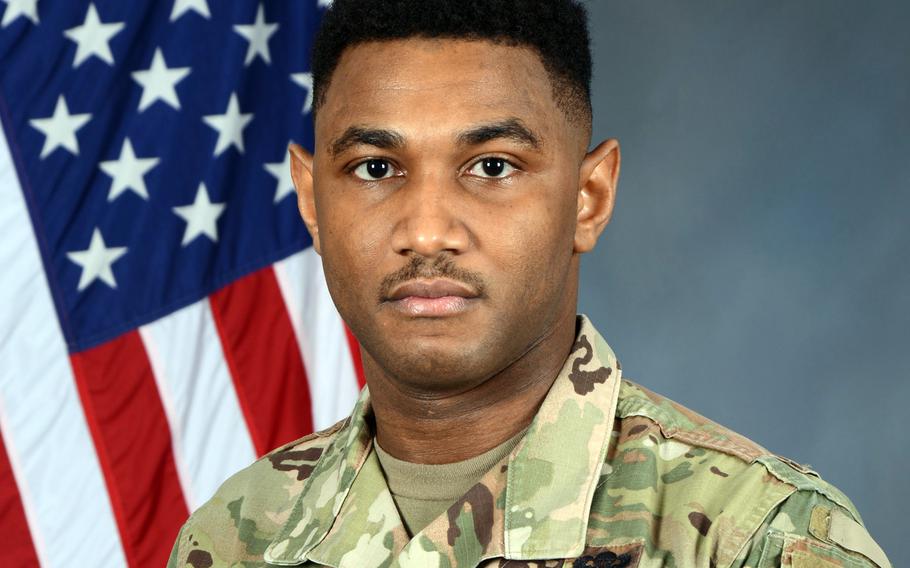 A 22-year-old man has been charged with the death of an Army sergeant on Saturday in Anchorage, Alaska, according to the Anchorage Police Department.

Brent A. Smith was charged Monday with first- and second-degree murder in the shooting death of Sgt. Julian Christopher Francis, 30, a soldier stationed at Joint Base Elmendorf-Richardson.

Anchorage police discovered his body at about 8:30 a.m. Saturday after responding to a call in a business park district east of the city’s international airport, the police said in a news release.

Smith was arrested later that day, police said. He was being held at the Anchorage Correctional Complex on $750,000 bail, the Anchorage Daily News reported Monday.

Francis, originally from Saint Thomas, U.S. Virgin Islands, joined the Army in 2013, the Army said. He trained at Fort Jackson, S.C., and Fort Lee, Va., before his first assignment at Fort Wainwright in Fairbanks, Alaska.

Following completion of the basic airborne course at Fort Benning, Ga., in 2017, he was assigned to Fort Bragg, N.C., for three years. He reported to Elmendorf-Richardson in August 2020, the Army said.

“Sgt. Francis was an integral part of our Centurion family, an empathetic leader who inspired the paratroopers around him,” Lt. Col. Raphael Jimenez II, his battalion commander, said in the Army news release.

“He brought joy to his soldier’s lives through his witty retorts and an ever-present smile,” Jimenez said. “The Centurion team deeply feels this loss and we offer our sincere condolences to friends and family.”