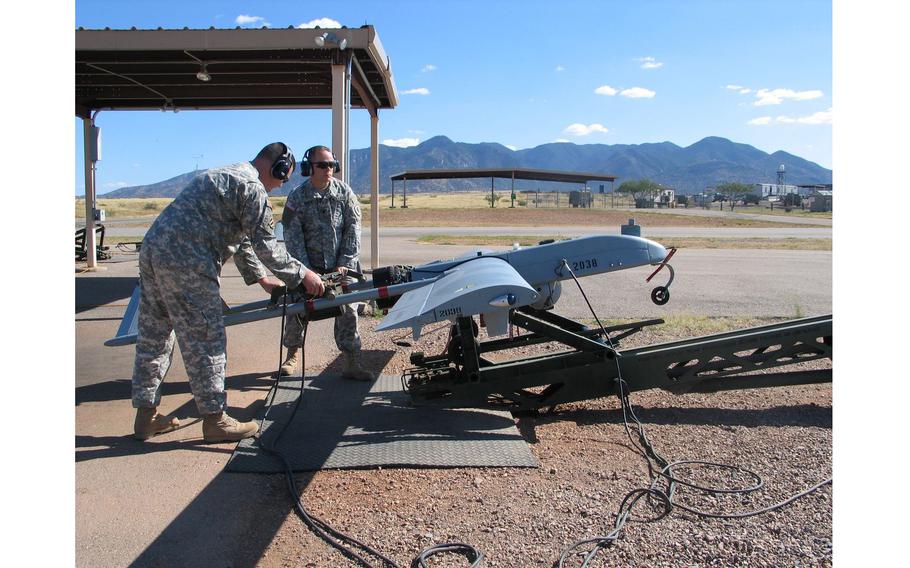 At about 9:38 a.m., the RQ-7 Shadow Unmanned Aerial System (UAS) crashed shortly after takeoff at the Wheeler-Sack Army Airfield, according to a news release issued by Fort Drum.

The RQ-7 Shadow has a range of up to 77 miles, has a wingspan of about 20 feet and a payload capacity of about 60 pounds, according to the U.S. Army. It can stay airborne for up to nine hours from takeoff to landing.

Fort Drum Emergency Services stationed at the airfield responded to the crash site and extinguished the small aircraft that was in flames, Halpin said in the release.

No injuries or damage to any facilities were reported after the crash, she said.

The aircraft was not carrying any weapons, ammunition or related equipment, Halpin said.

The UAS was a total loss, Halpin said. The cause of the crash is still being investigated, she said.