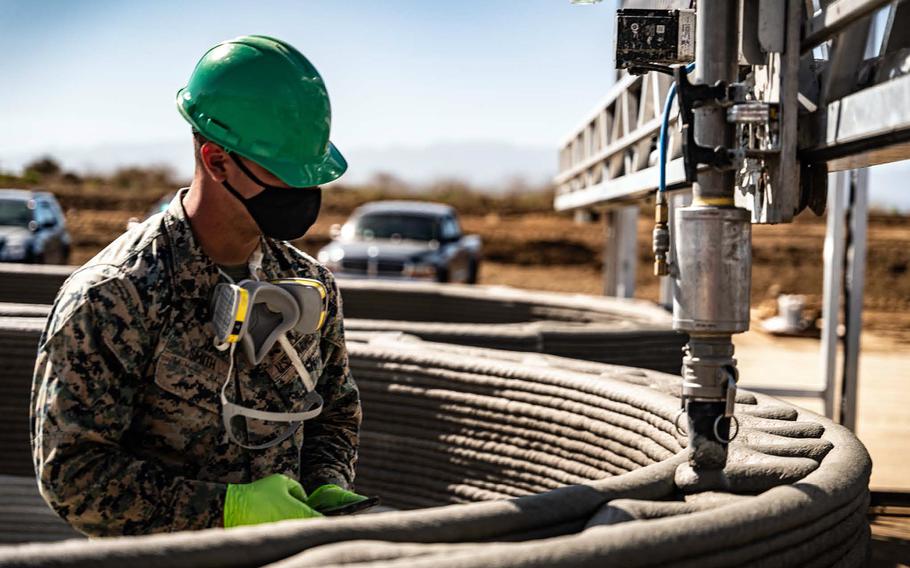 A service member examines a 3D printing machine being used to build a structure to hide military vehicles at Camp Pendleton, Calif. (ICON)

The Defense Department is building the largest 3D-printed structures in the Western Hemisphere, military officials said.

Construction of the three barracks expected to set the record began at Fort Bliss, Texas, on Wednesday and should finish within 10 months, DOD said in a statement.

Each building will be over 5,700 square feet and be more “energy-efficient and resilient” than buildings made with traditional materials, the Defense Innovation Unit, a DOD organization working with the Army and contractors to complete the project, said in a separate statement.

The Army is looking to use the same techniques to build other facilities besides barracks, Gabram said in the statement. 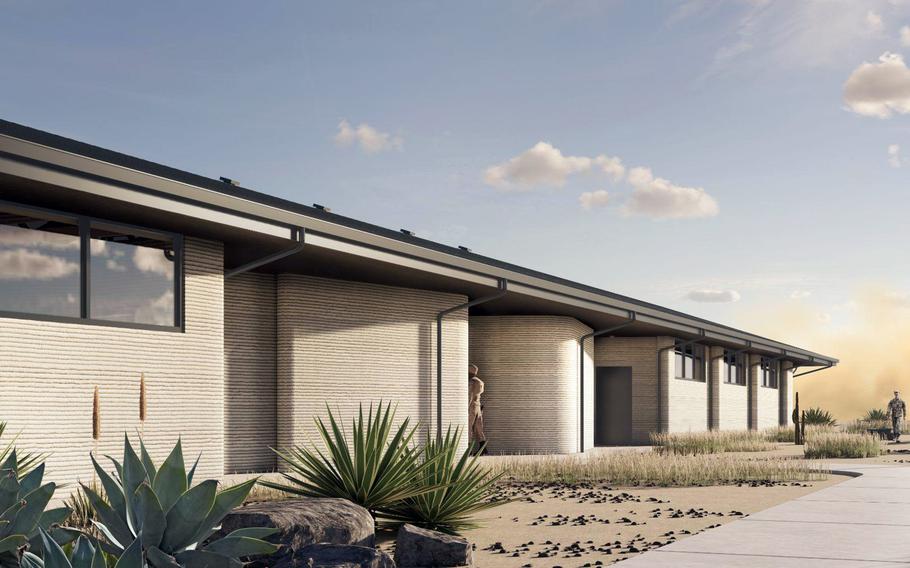 An illustration showing what one of the 3D-printed barracks being built at Fort Bliss, Texas, will look like once completed in late 2022. (Logan Architecture)

The three barracks that will provide temporary housing for visiting troops. They will be the first 3D-printed structures to comply with DOD’s updated criteria for additive concrete construction, officials said. Previously, there were no specifications for 3D-printed concrete wall systems, meaning companies that used the technique were unable to bid for DOD projects.

The Pentagon selected ICON, a construction technology company based in Austin, Texas.

In August, a 3,800-square-foot barracks built with ICON’s 3D printing was unveiled at Camp Swift, Texas, and was described by officials as being the largest 3D-printed structure in North America.

Neither DOD nor ICON revealed the cost of the project at the time. However, Maj. Gen. Tracy Norris, adjutant general of the Texas Military Department said it was about a third of what a traditionally constructed barracks would cost. 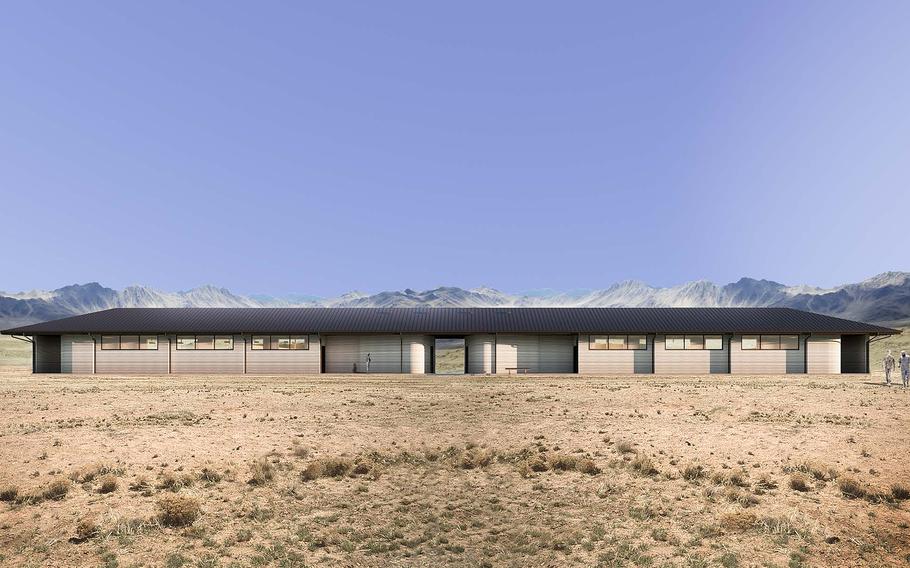 An illustration showing what one of three 3D-printed barracks being built at Fort Bliss, Texas, will look like once completed in late 2022. (Logan Architecture)

3D printing uses a digital design to deposit thin layers of material over each other. The material used in the latest barracks construction is called Lavacrete and is trademarked by ICON.

Lavacrete is described by the company as a high-strength concrete with a compression strength of 2,000 to 3,500 pounds per square inch that will last longer than traditional construction materials and methods. ICON’s first prototype 3D-printed building was constructed in March 2018.

Florida-based technology corporation Apis Cor built the world’s largest 3D-prrinted building in the United Arab Emirates in 2019, according to the Guinness Book of World Records. The two-story Dubai Municipality building is 6,888 square feet.