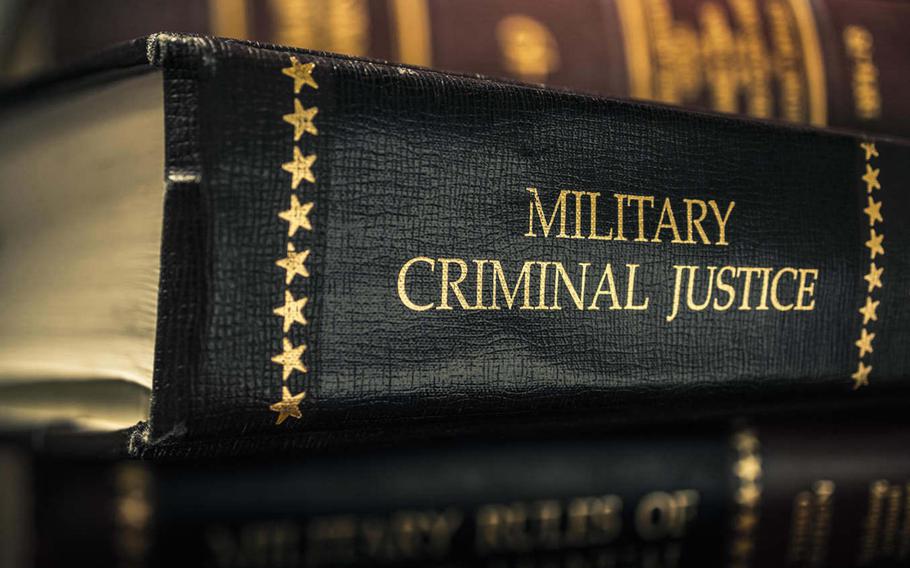 The U.S. Army Court of Criminal Appeals says it will decide whether to uphold a lower court’s decision that a unanimous verdict would be required to convict a lieutenant colonel facing sexual assault charges. (U.S. Air Force)

An Army appellate court will soon take up the January decision by a Germany-based military judge that a unanimous guilty verdict will be required to convict an officer of sexual assault in his court-martial trial.

A hearing is set for April 14 at Fort Belvoir in Virginia, the U.S. Army Court of Criminal Appeals, which is the service’s highest court, said in a March 22 filing.

The court agreed to hear the case in response to an appeal by prosecutors, who argue that Col. Charles Pritchard’s decision in the case of Lt. Col. Andrew Dial was based on faulty legal reasoning.

Dial, a member of the Belgium-based Allied Forces North Battalion, was slated to stand trial in January in Kaiserslautern, Germany, on three counts of sexual assault.

However, the proceedings against Dial were delayed after prosecutors filed a challenge. Pritchard found that there is “no rational basis” for allowing military defendants to be convicted under a lower threshold than the one that applies in civilian courts.

In 2020, the U.S. Supreme Court ruled that split guilty verdicts are impermissible in state criminal trials. Unanimity of a jury conviction has long been required at the federal level.

Pritchard asserted that Congress has consistently narrowed the gap between the military and civilian legal systems, bringing the former more into line with the latter.

But prosecutors said Pritchard was incorrect in his argument that service members and civilians are “similarly situated” and are therefore entitled to the same constitutional protections when it comes to jury verdicts.

Because of the “vastly different liabilities and privileges,” service members and civilians are not alike “in all relevant respects,” they wrote in their appellate court filing.

On Jan. 13, Pritchard made a similar ruling in a case involving a Vicenza, Italy-based soldier facing court-martial over allegations of sexual assault. That case also has been postponed.

The Army Court of Criminal Appeals’ decision could have broader implications for the military justice system going forward. Military law experts have said it’s likely that defense attorneys will increasingly take cues from the Dial case and raise similar issues.

The military is the last U.S. legal jurisdiction to allow split guilty verdicts.