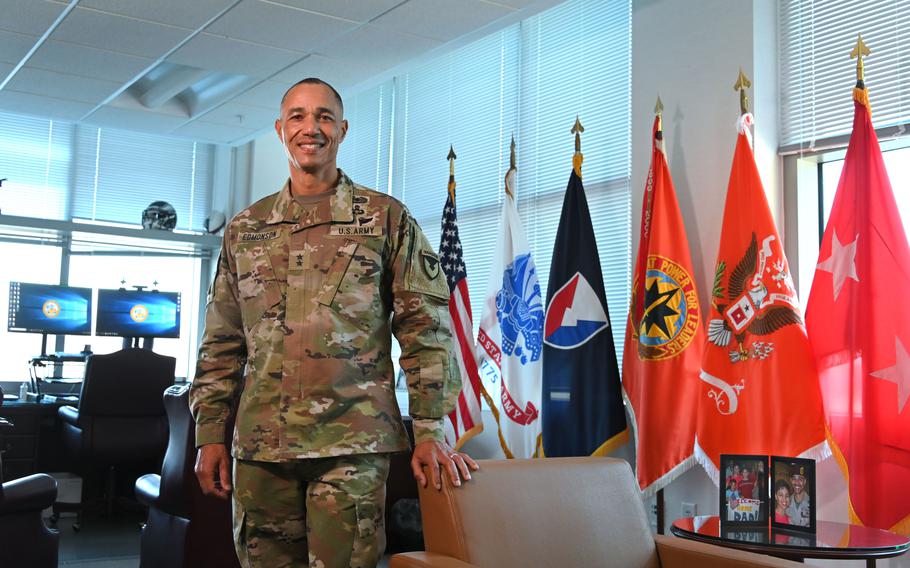 (Tribune News Service) — He’s the top gun at Aberdeen Proving Ground, the senior commander who runs the U.S. military base with its workforce of 21,000. Maj. Gen. Robert L. Edmonson II, 55, accepted the post in August following 30 years in the Army and deployments in both Iraq and Afghanistan.

A New Jersey native, he’s a graduate of Frostburg State University and a recipient of both the Legion of Merit and Bronze Star.

His AA diploma is as precious as his medals

“I was one of the first in my family to attend college, and that associate degree from Burlington County College [N.J.] was a bench mark in my life. Growing up, I didn’t have easy access to people with college experience, but my father made me feel that, if I set my mind to it, anything was possible.

“For me, that AA degree demonstrated that I belonged. The diploma is in my keepsake Army book, along with the Bronze Star.”

He found his biological brothers through DNA

“I was adopted from a German orphanage by an African American soldier and his Austrian wife. While studying his own heritage, my eldest son, Robert, took a DNA test and found a match with an Eric Jackson, an Army colonel and one of my two biological brothers whom, for half a century, I hadn’t known existed. Our families met last year [their biological father, Edward Jackson, also a U.S. soldier, had died in 2007].

“The similarities between Eric and myself are amazing. We’re both Army officers; we belonged to the same fraternity [in different colleges]; and we married women who shared the same sorority and became nurses. Also, both of our eldest sons have the same birthday.”

Salute Edmonson but hold off on his golf game

“I play golf to decompress. When I started [three years ago] I was so bad that I didn’t keep score. Whenever I played with others, once I hit the ball I’d go pick it up and carry it to where my group was, then drop it and swing again. I wasn’t going to whack at the ball 500 times and slow them down.

“I shoot in the low 90s now, but I’ve made my fair share of donations to the ponds [on the APG course].”