Sikorsky flies its first unmanned Black Hawk helicopter; it can enter dangerous territory at no risk to crews 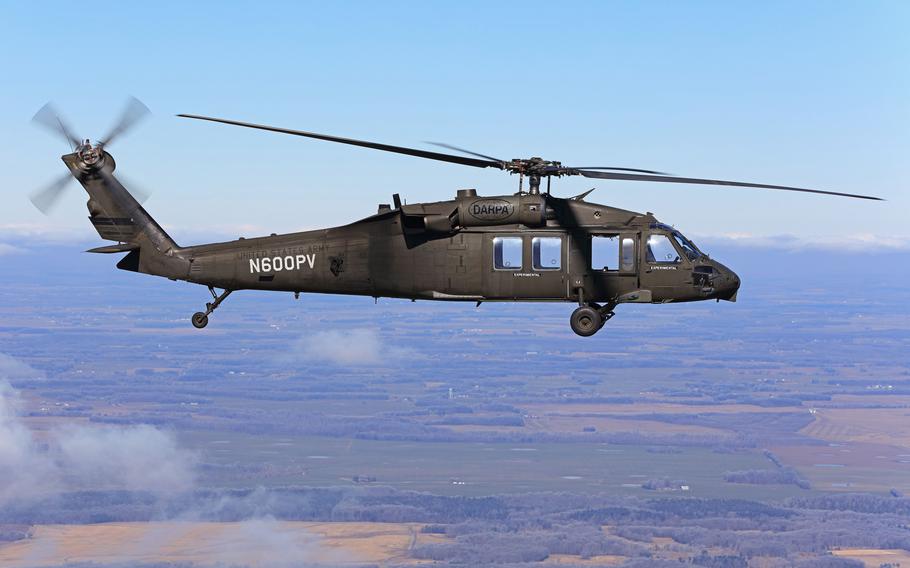 No one in the cockpit: Sikorsky flew its first unmanned Blackhawk Saturday. (Ted Carlson, Sikorsky Aircraft/TNS)

The 30-minute flight Saturday over Fort Campbell, Ky., was the result of a $160 million collaboration between the Pentagon’s research agency and Sikorsky, the Stratford subsidiary of Lockheed Martin Corp. Another uninhabited flight was conducted Monday.

The Black Hawk was retrofitted with Sikorsky’s autonomy technologies that the manufacturer says can change how aviators and air crews execute their missions when flying with limited visibility or without communications.

The aircraft has flown autonomously before, but with a pilot ready to take the controls.

“With reduced workloads pilots can focus on mission management instead of the mechanics,” said Stuart Young, program manager at the Defense Advanced Research Projects Agency.

The agency’s Aircrew Labor In-Cockpit Automation System, or ALIAS, has leveraged advances in aircraft automation systems over the past 50 years and similar advances in remotely piloted aircraft. Even in the most automated aircraft, pilots must still manage complicated operations and respond to unexpected situations.

ALIAS gives the Army more flexibility, Young said. An aircraft may operate at all times of the day or night, with and without pilots, and in a variety of difficult conditions, such as “contested, congested, and degraded visual environments,” he said.

The Black Hawk flew successfully in the Afghanistan and Iraq wars, but threats in the future will likely include air defense systems. In future conflicts with integrated air defense systems, speed, range and the capability of helicopters must increase.

The Black Hawk, which dates to the 1970s, will continue flying for the Army for several more decades.