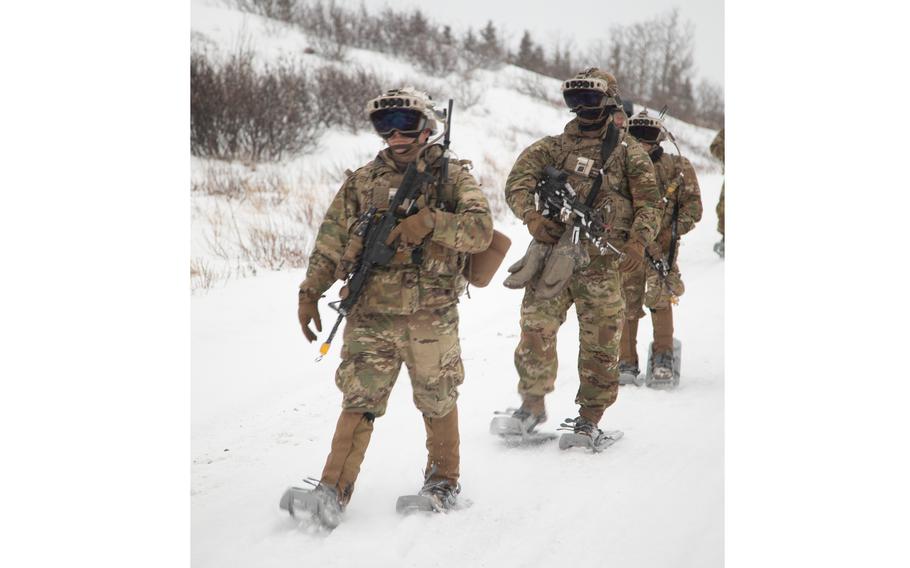 Microsoft’s new multifunction goggle system for the U.S. Army shows promise, but the $22 billion program isn’t yet ready for combat deployment, according to the Pentagon’s test office.

Despite progress since the contract was awarded in 2018, the system “has not yet demonstrated the capability to serve as a fighting goggle,” according to a non-public assessment by the Pentagon’s director of operational testing that was sent to the Army for review.

The report on the Integrated Visual Augmentation System, or IVAS, will be made public in the office’s upcoming annual report.

The program by the Redmond, Washington-based company aims to develop a “heads-up display” for U.S. ground forces, similar to those for fighter pilots. The system — a customized version of Microsoft’s HoloLens goggles — would let commanders project information onto a visor in front of a soldier’s face and would include other features such as night vision.

Improved versions of goggle prototypes fielded for initial soldier evaluations “demonstrated growth capabilities” and “improved comfort and field of view,” according to the assessment.

The Army announced in October a delay in fielding the program to allow more time to prepare for the intense combat testing needed for full-rate production. The test, previously scheduled for last September, is now tentatively scheduled for May.

“The Army should develop an adequate test and evaluation strategy that quantifies improvements” to known deficiencies before the testing, according to the latest assessment.

Microsoft said it’s continuing to make improvements to the technology.

“Our close collaboration with the Army has enabled us to quickly build and iterate on IVAS to develop a transformational platform that will deliver enhanced soldier safety and effectiveness,” David Marra, Microsoft’s program director, said in a statement. “We continue to test and refine IVAS through soldier engagements, ensuring this state-of-the-art mixed-reality platform is effective, reliable, and exceeds the Army’s objectives.”

The project with the Army has been opposed by some Microsoft employees who have protested the use of the technology for combat.