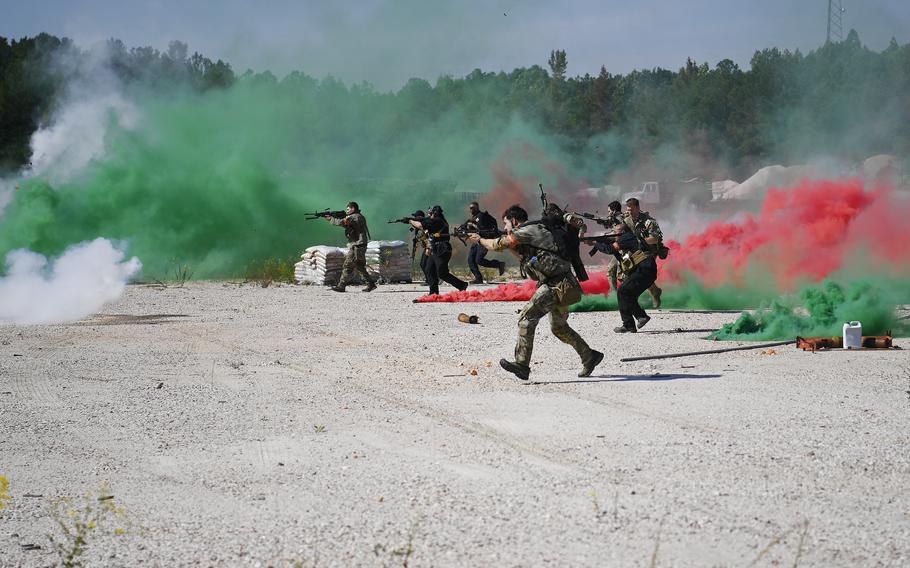 (Tribune News Service) — A “realistic” guerrilla war will be fought across two dozen North Carolina counties this month, with young soldiers battling seasoned “freedom fighters,” according to the U.S. Army.

The two-week “unconventional warfare exercise” will be staged Jan. 22-Feb. 4 on privately owned land. And it will be realistic enough to include the sounds of gunfire (blanks) and flares, the U.S. Army John F. Kennedy Special Warfare Center and School said in a news release.

Exact times, locations and exercise specifics are not provided.

However, advance publicity is intended to make sure civilians — including law enforcement officers — don’t mistake the fighting for terrorism or criminal activity, which has happened in the past.

“Residents may hear blank gunfire and see occasional flares. Controls are in place to ensure there is no risk to persons or property,” the warfare center said.

Called Robin Sage, the exercise serves as a final test for Special Forces Qualification Course training and it places candidates in a politically unstable country known as Pineland.

The candidates face off against seasoned service members from units across Fort Bragg, as well as specially trained civilians, officials said. The setting is “characterized by armed conflict,” forcing the students to solve problems in a real world setting, the center says.

“To add realism of the exercise, civilian volunteers throughout the state act as role players. Participation by these volunteers is crucial to the success of this training, and past trainees attest to the realism they add to the exercise.

Advance public notice of “the U.S. military’s premiere unconventional warfare exercise” became a priority in 2002, after one soldier was killed and another wounded when a Moore County sheriff’s deputy mistook Robin Sage exercises for criminal activity.

“All Robin Sage movements and events have been coordinated with public safety officials throughout and within the towns and counties hosting the training,” officials said.

Among the safety protocols implemented:

— Formal written notification to the chiefs of law enforcement agencies in the affected counties, with a followup visit from a unit representative.

— All civilian and non-student military participants are briefed on procedures to follow if there is contact with law enforcement officials.

— Students will only wear civilian clothes if the situation warrants, as determined by the instructors, and will wear a distinctive brown armband during these instances.

— Training areas and vehicles used during exercises are clearly labeled.