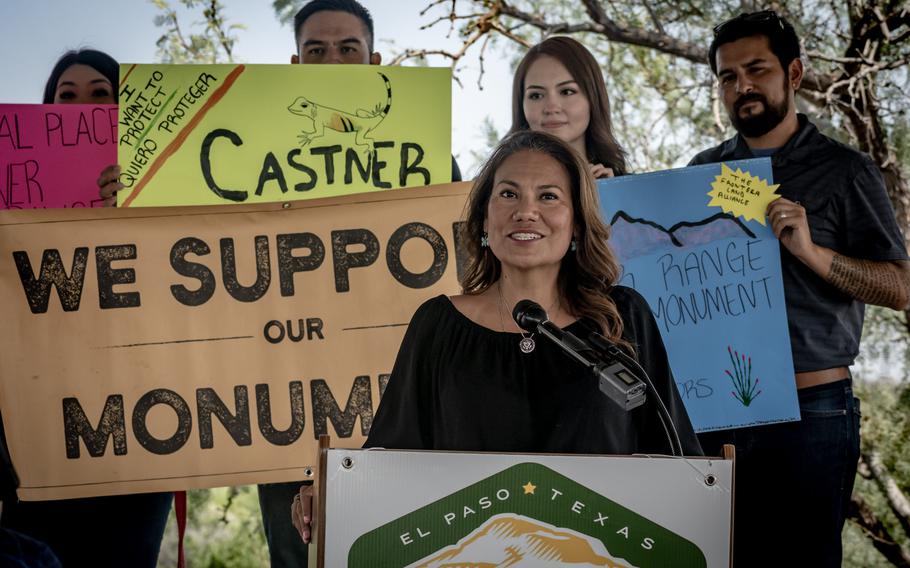 The letter was sent Dec. 16 to Jack Surash, deputy assistant secretary of the Army.

"Given the potential for creation of a national monument, we believe that Bureau of Land Management participation at this stage would be prudent," the letter read. "Working in concert from the initial stages of the process will allow the Army and BLM to work efficiently and avoid the cost of rework, as well as identifying and prioritizing areas for remediation based on public access and cultural, historic, and natural resources."

According to the letter, if the lands were transferred to the DOI, the department could provide public access to the land as well as supporting conservation of the site's natural, historical and cultural values.

"The community surrounding the Range has expressed support for the creation of Castner Range National Monument that would provide permanent protection and appropriate recreational access to portions of Castner Range," the letter read.

On April 19, Escobar introduced H.B. 2752 to designate Castner Range as a national monument.

Between 1926 and 1966, the site was used as a firing range for small arms, assault weapons, and field and air-defense artillery.

Since 2017, the Bureau of Land Management and the Army pledged to collaborate on reviewing historical, cultural, and natural resource values, as well as providing public access opportunities.

"The community has worked for decades to see these lands protected and opened to the public, and we urge the Army to use all the tools at its disposal, including entering into an MOU with the BLM, to make progress towards those goals," the letter read.