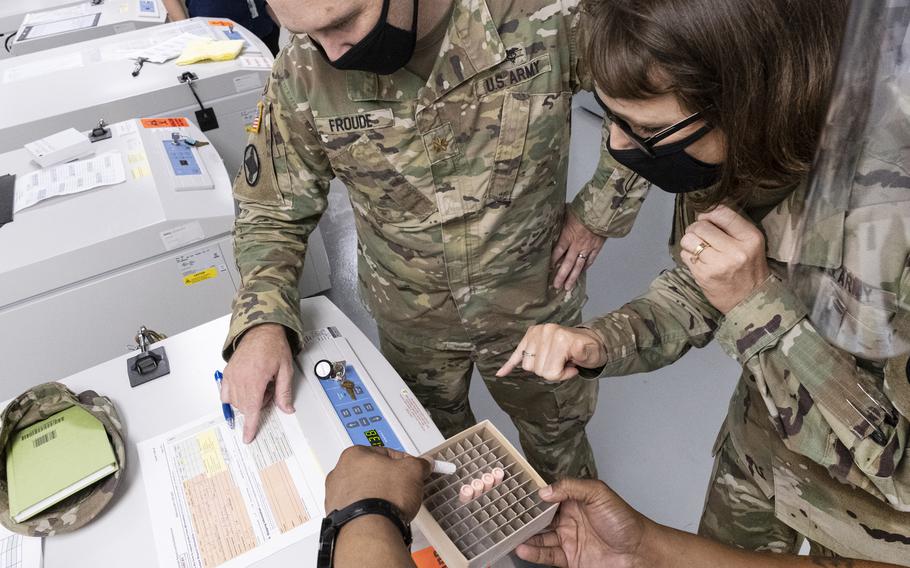 Army researchers will reportedly announce soon that they have created a vaccine that effectively fights all forms of COVID-19, including the new omicron variant which is ravaging the U.S. and Europe.

Scientists at the Walter Reed Army Institute of Research told Defense One that news of the breakthrough is expected to be made public within weeks. In human trials so far, everything has been moving along exactly as they’d hoped.

“It’s very exciting to get to this point for our entire team, and I think for the entire Army as well,” Dr. Kayvon Modjarrad, the leader of the institute’s emerging infectious diseases unit, told Defense One in an interview for an article published Tuesday.

The vaccine is known as SpFN, which stands for spike ferritin nanoparticle. It has shown effectiveness not only against COVID-19 but also against previous SARS viruses.

From the beginning, the developers’ goal was to create a vaccine that could protect broadly and proactively against current and future strains.

“We decided to take a look at the long game rather than just only focusing on the original emergence of SARS, and instead understand that viruses mutate, there will be variants that emerge,” Modjarrad told Defense One. “Our platform and approach will equip to be prepared for that.”

The first phase of human trials began in April and wrapped up this month. Two additional human trial phases must still be completed.

Modjarrad said the trials took longer than expected because researchers needed test subjects who were unvaccinated and also had never been infected with COVID-19. The emergence of the virulent delta and omicron variants made it tougher to find people who met both criteria, he said.

In a statement in April, at the start of the human trials, Modjarrad said that SpFN will pave the way for a universal vaccine that will stop coronavirus variants before they can create another pandemic.

Modjarrad and his team began work on the vaccine in January 2020, weeks before the World Health Organization declared the COVID-19 outbreak a pandemic.

Modjarrad co-invented SpFN with colleague Gordon Joyce. He said nearly all of the institute’s 2,500 staff members have had some role in its nearly two-year development. The next step is a broader rollout to allow researchers to see how SpFN interacts with people who are inoculated against COVID-19 or were infected with it.

The institute’s industry partner in that rollout has not been identified yet, Defense One reported.