Fort Eustis to get new boats, and a waterfront facelift to match 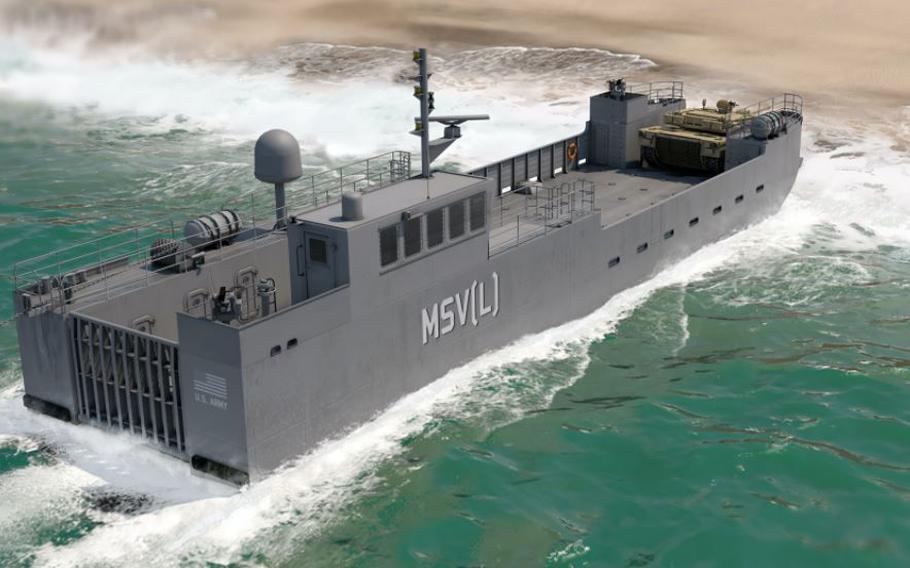 (Tribune News Service) — The Army’s replacements for its Vietnam War-era “Mike Boat” landing craft are coming to Fort Eustis, which needs an upgrade of its Skiffes Creek port to handle the new vessels, the base said in a filing with the U.S. Army Corps of Engineers.

As many as 10 new Maneuver Support Vessels (Light), or MSV(L)s, are to be assigned to Fort Eustis next year. The new landing craft are bigger than the Landing Craft Mechanized Mark 8 boats they’ll replace — 117 feet long, 28 feet wide and a draft of 4 feet 5 inches.

But the biggest pier at the fort’s port facility is 93 feet long. The remaining four are 53 feet long. The lack of energy absorbing fenders on the piers’ timber pilings and mooring dolphins has left them damaged, and Army vessels, too, bear some scars.

The river bottom around the piers has shoaled, and needs to be dredged, as well, the filing said

The Army is also proposing to install a wave screen — a 122 foot long steel structure designed to reduce the effect of wave action on moored vessels as well as a new ramp for the stern-loading MSV(L)s.

In addition, the mooring area in Skiffes Creek needs to be deepened and realigned, since its floating pier structure is now encroaching on the channel because of shoaling in this area. Mooring doplhins also need to be replaced and Fort Eustis is proposing to install 950 feet of riprap of a bulkhead to keep silt and sand from building up.

The fort also is proposing improvements to its “Landship,” a stationary mock cargo vessel hull used for training, and to the ramp next to Goose Island that is used to load and unload wheeled cargo, but where silt and sand are also building up.

The wave screen and riprap or bulkhead for the mooring area should not disturb underwater plants, fish or shellfish.

The only endangered species in the area, the Atlantic sturgeon, do not spawn or stay in Skiffes Creek, and there are no cultural or historical features that would be disturbed, the assessment said.

Material dredged for the improvements would be placed in the 80 acre upland confined facility already in place in the western part of the fort. The decades-old dredge spoil disposal site 17 miles east of Cape Henry is also available.

The new vessels will not increase traffic in the port, Skiffes Creek or the James River because the older boats won’t remain, the filing said.