Amid spike in suicides in Alaska, the Army invested in mental health. But the problem is getting worse. 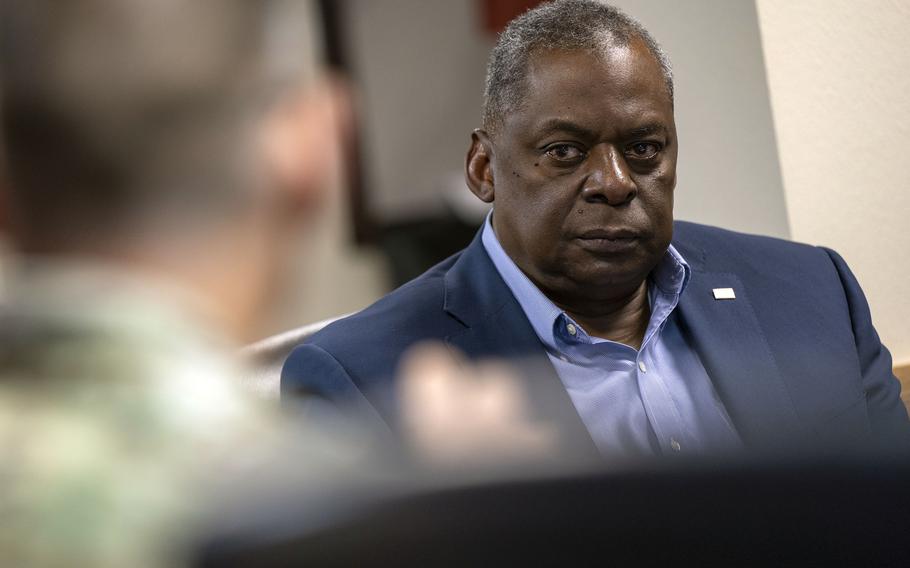 WASHINGTON (Tribune News Service) — As many as 15 soldiers stationed in Alaska have died by suicide this year, more than double the number of such deaths in all of 2020 in a crisis that has defied solution.

The suicide deaths have sparked alarm at the Pentagon's highest level. Defense Secretary Lloyd Austin is aware of the "worrisome trend in Alaska," according to a Defense official who was not authorized to speak publicly. Austin, who visited troops in Alaska this summer and addressed suicide and mental health, is in contact with Army leaders about improving conditions there and across the armed services to try to prevent "tragic deaths," the official said.

There were seven suicides among soldiers in Alaska in 2020 and eight in 2019.

"Getting a handle on our suicides is our top priority," Maj. Gen. Brian Eifler, the commander of U.S. Army Alaska, said in a statement. "I think about this every day. Every day we are engaged across the command to try to find a solution that works. This is not a fire-and-forget mission. It's not just something you can throw money at for a quick fix."

Despite spending $214 million in fiscal year 2020 in a "Quality of Life" campaign at Fort Wainwright in Fairbanks, suicides have continued. The investment was made after a previous cluster of suicides, smaller than this year's, had occurred. From January 2014 to March 2019, there were 11 suicides among soldiers at Fort Wainwright. A survey of 4,000 soldiers there found that 10.8% had expressed ideas about suicide, according to a 2019 report.

While suicide rates among active-duty and reserve troops overall are comparable to the civilian population, the rate within the relatively small population of Alaska-based soldiers, mostly at Fort Wainwright and Joint Base Elmendorf-Richardson in Anchorage, appears to be several times that of U.S. society in general. Alaska had the second-highest suicide rate in the nation in 2019, according to the Centers for Disease Control and Prevention.

Bitter cold, frequent training and deployment and geographic and social isolation have been cited as stresses in the lives of soldiers stationed in Alaska. The relatively high cost of living, alcohol abuse, sleep disorders during the long, dark winter can contribute to mental health issues as well.

Life can be hard in Alaska, a soldier serving there said Friday, noting the temperature was 40-degrees below zero. Yet the last 18 months have seen a change in military culture for the better regarding mental health, said the soldier who was not authorized to speak publicly. Officers have focused on addressing troops having crises and improving the overall quality of life there.

In Alaska, senior leaders conduct monthly counseling sessions, based on an Army program to talk with soldiers about mental health, Pennell said. They also have a version of the program specific to Alaska that emphasizes resilience in the Arctic environment.

For active-duty troops overall — soldiers, sailors, airmen and Marines — the rate of suicide increased from 20.3 in 2015 to 28.7 per 100,000 in 2020. Among all troops, the suicide rate is comparable to the rest of society after adjusting for age and sex, according to the Pentagon's latest annual report.

Young enlisted men are at the highest risk for suicide, according to the report. Among the factors contributing to troops' death by suicide have been problems with relationships and financial difficulties.

The Army has launched several initiatives this year to reduce suicides. Last Monday, the Army's vice chief of staff, Gen. Joseph Martin, announced that the service will focus on suicide prevention, a public health approach based on efforts by the CDC. Army leaders, for example, will be required to discuss efforts to reduce the stigma of seeking help for mental health issues.

"There is no easy fix," Eifler said. "If there was, we would have solved this long ago, not just in the military, but across society. So we keep striving and adjusting our approach; we can't accept anything less than success because our soldiers' lives are too precious."

Members of Congress who oversee the Armed Services Committees' personnel panels blasted the Pentagon for not doing more. Rep. Jackie Speier, D-Calif., pressed Pentagon officials in June to stand up an independent commission to study the military's suicide prevention and response programs. She added a provision to the National Defense Authorization Act, now under consideration, that would mandate the Pentagon to create such a body.

"Clearly, military leadership has taken steps to try and address this crisis, but nothing has changed," Speier said. "It's time to create an independent review of the military's suicide prevention and response efforts, as my NDAA provision would require. For the grieving families and friends of the service members who have died by suicide, it's past time. How much higher must the body count rise before the Pentagon takes action?"

"Suicide in the military is a crisis," Gillibrand said. "We are still not succeeding at addressing the prevalence of suicide among our service members."

If you are a service member or veteran in crisis or having thoughts of suicide (or you know someone who is), call the Military Crisis Line/Veterans Crisis Line for confidential support 24 hours a day, 800-273-8255.